Relegated West Bromwich Albion will be looking to inflict another Premier League upset on Liverpool when the two sides meet at The Hawthorns this weekend.

West Brom’s 3-1 away loss to Arsenal last time out extended their winless league streak to four games (D2, L2) and finished their hopes of avoiding relegation from the Premier League. Despite an utterly underwhelming top-flight campaign, the ‘Baggies’ have been quite impressive at home recently, having lost just one of their last seven Premier League matches at The Hawthorns (W2, D4). Rock-solid at the back, Sam Allardyce’s men have kept three clean sheets in their last five home Premier League outings, more than they managed in their previous 12 at home in the competition (2). Additionally, WBA have avoided defeat in three consecutive league matches against Liverpool (D3) since suffering a 1-0 home loss in April 2017. Allardyce himself has fond memories of his recent managerial encounters with Liverpool, having avoided defeat in each of his last five such contests (W1, D4).

In the meantime, Liverpool’s outstanding 4-2 victory over arch-rivals Manchester United in midweek has at least briefly saved their season as they head into proceedings trailing fourth-placed Chelsea by four points with a game in hand. Before their trip to Old Trafford, Liverpool had scored first in seven away league games on the spin. Jurgen Klopp’s men have secured four triumphs in their last five Premier League matches on the road (D1), with three of them yielding a winning margin of 2+ goals. Worryingly, though, the Merseyside giants have managed just one win in their five Premier League fixtures against newly-promoted sides this season (D3, L1), their worst record in such contests since 1980/81. However, the 2019/20 Premier League champions have gone undefeated in 11 top-flight games against WBA on the trot since losing 2-0 at home in February 2013 (W4, D7). 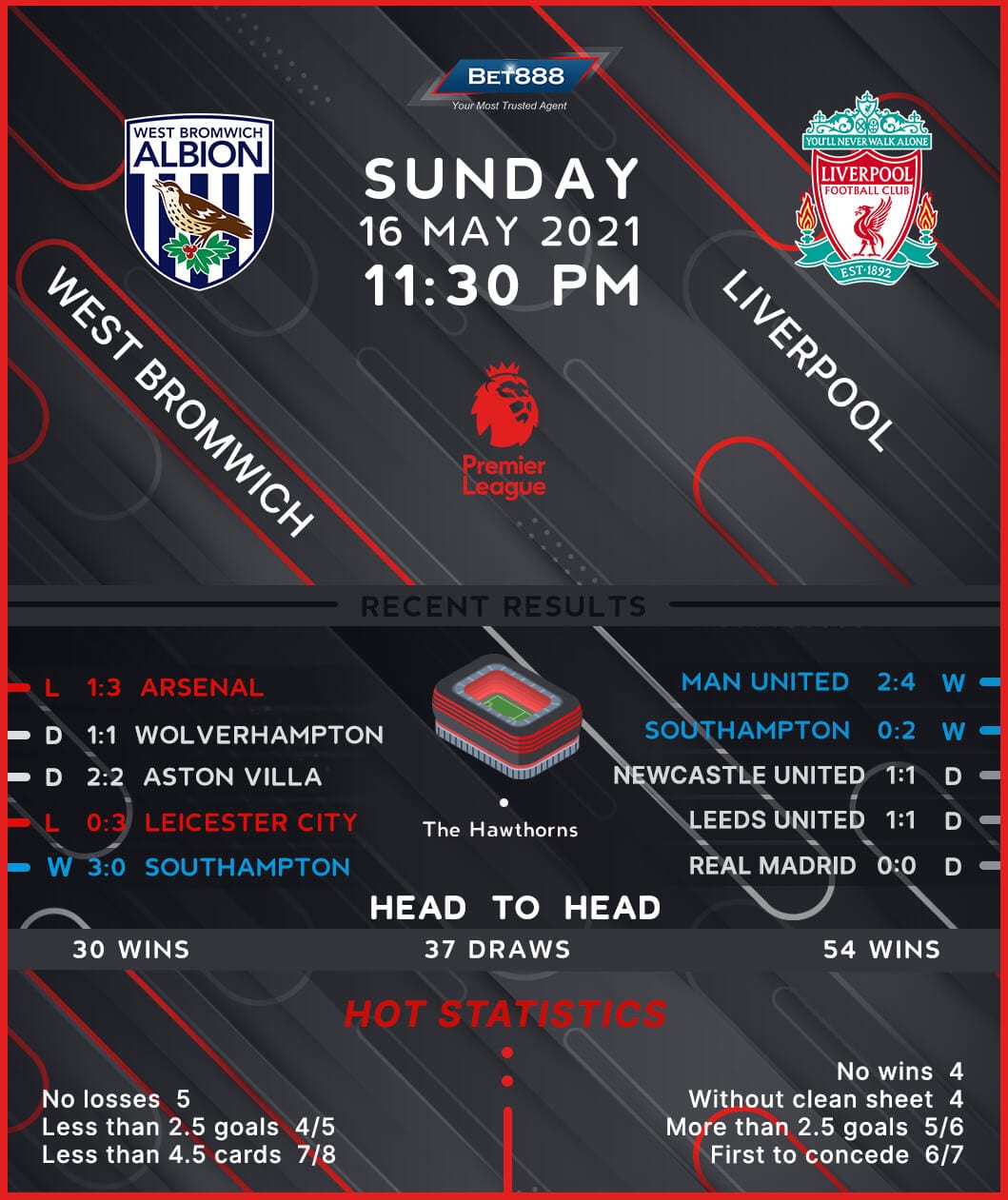