West Brom are sinking without a trace after winning only 8.7% of their Premier League fixtures and conceding an average of 2.34 goals per match. Sitting 11 points adrift of 17th-placed Burnley, WBA head into this encounter on the back of a five-game winless league run (D1, L4) during which they scored four goals while conceding 13 in return! Indeed, a lackluster defending has seen the ‘Baggies’ let in over 1.5 goals per game in 69.57% of their Premier League outings this season. Sam Allardyce’s men need to improve their clueless defensive game to avoid another catastrophe after shipping more home goals (31) than any other team in the Premier League this term! Conceding the opening goal will minimize WBA’s hopes of staying unbeaten here, given they’ve lost 76.47% of the Premier League fixtures in which they’ve fallen behind so far (GP:17 – D4, L13).

Meanwhile, Manchester United have alternated a win with a draw in four Premier League matches since shockingly losing to relegation-threatened Sheffield United 2-1 on Matchday 20. Yet, Ole Gunnar Solskjaer’s men have netted 3+ goals in each of their last two league outings, mustering a total of 12! Coming into this matchday, the ‘Red Devils’ are the only unbeaten team on the road this Premier League campaign (GP:11 – W8, D3), with seven of their eight victories in that period seeing United concede the opener! Bringing their last season’s results into the equation, Manchester United are currently undefeated in 18 Premier League matches away from Old Trafford (W13, D5), setting the club record in the process. Late action is also on the cards, as seven of United’s 11 top-flight trips this season have seen a goal scored beyond the 75-minute mark. 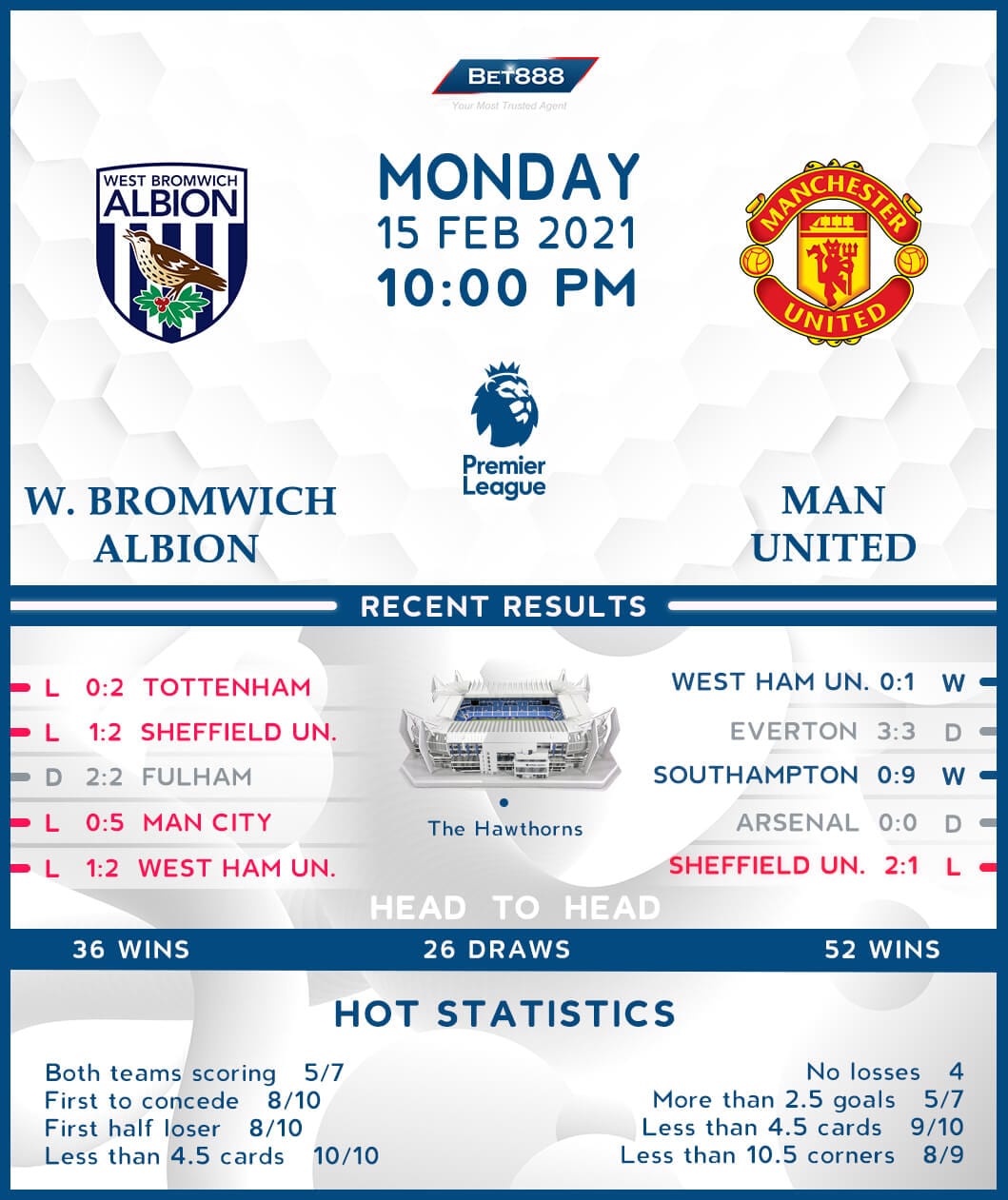