Relegated West Bromwich Albion will wave goodbye to their home fans as West Ham United arrive at The Hawthorns for WBA’s final home league game of the season.

Following back-to-back three-goal victories in mid-April, West Brom have gone winless in five Premier League matches on the trot (D2, L3), conceding an average of 2.2 goals in this sequence. Since the turn of the year, Sam Allardyce’s men have won just two of their ten home Premier League games (D4, L4), with 60% of those fixtures seeing one or both sides fail to get on the scoresheet. Topically, the clean sheet has been a common theme in their recent competitive meetings with West Ham at home, with three of their last four such contests witnessed a shutout. Worryingly, the ‘Baggies’ have encountered all sorts of problems facing West Ham in the Premier League, having picked up just two wins in their last 16 matches in the competition (D9, L5).

Meanwhile, the visitors have claimed one victory in their last five Premier League outings (D1, L3), putting their European finish at risk in the process. After netting 2+ goals in four consecutive Premier League games, the ‘Hammers’ have now scored under 1.5 goals in three of their last four league fixtures, finding the net in the second half just once during this period. Their defensive frailties have seen David Moyes’ side fail to keep a clean sheet in any of their last six away Premier League matches, letting in an average of 1.66 goals per game. But following their 2-1 win at the London Stadium earlier this season, the Londoners could complete their first league double over WBA since 2005/06. 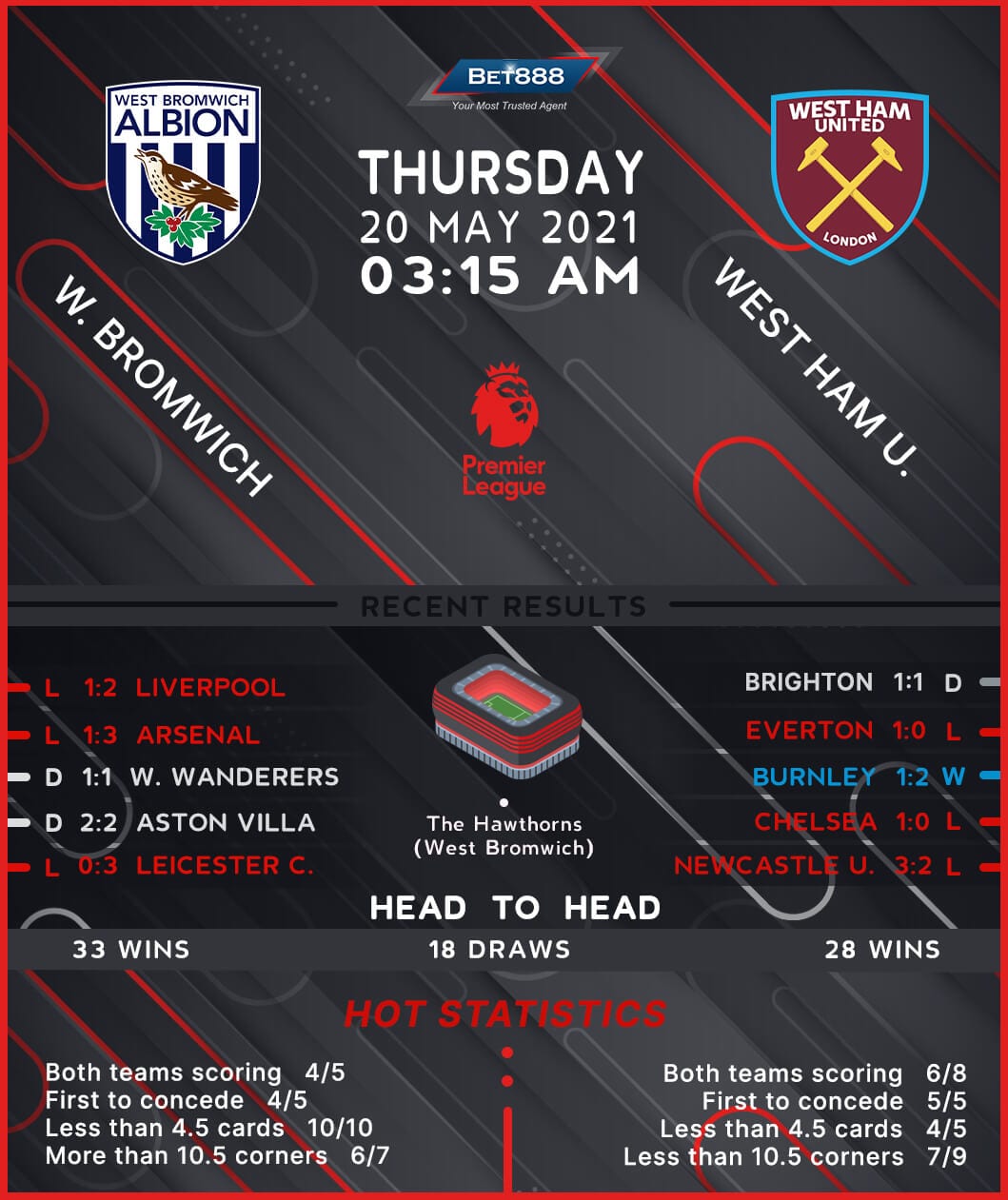