The Hawthorns is the venue as practically doomed West Bromwich Albion take on out-of-sorts Wolverhampton Wanderers in the bottom-half-of-the-table Premier League clash.

Following back-to-back Premier League victories, West Brom have gone winless in the last two league games (D1, L1), conceding the opener within 23 minutes on each occasion. WBA’s hopes of avoiding relegation are rather slim as they trail 17th-placed Newcastle by 11 points with four league matches left to play, albeit they have a game in hand on Steve Bruce’s side. The clean sheet has been a common theme at The Hawthorns of late, with eight of WBA’s previous ten Premier League fixtures here seeing one or both sides fail to get on the scoresheet, including the last four (W2, D1, L1). On the bright side, though, the ‘Baggies’ have come out victorious in three consecutive league encounters with Wolves, last enjoying a longer winning streak against them between 1929-1932.

Meanwhile, Wolves’ disastrous 4-0 home defeat to Burnley last time out ended a run of two Premier League wins and came as further confirmation of their immense attacking difficulties. The ‘Wanderers’ have now netted under 1.5 goals in eight of their last nine league outings, averaging 0.77 goals scored per game in this sequence. Topically, Nuno Espirito Santo’s men have netted more than once only once in their last seven Premier League trips, drawing a blank at half-time on each occasion. Overall this season, no team outside the drop zone has scored fewer goals than Wolverhampton (32). But the visitors remain the only side yet to lose a Premier League fixture after breaking the deadlock this term (GP9 – W8, D1). After shutting out Fulham and Aston Villa in their previous league trips, Wolves are looking to keep three consecutive top-flight clean sheets on the road for the first time since 1960. 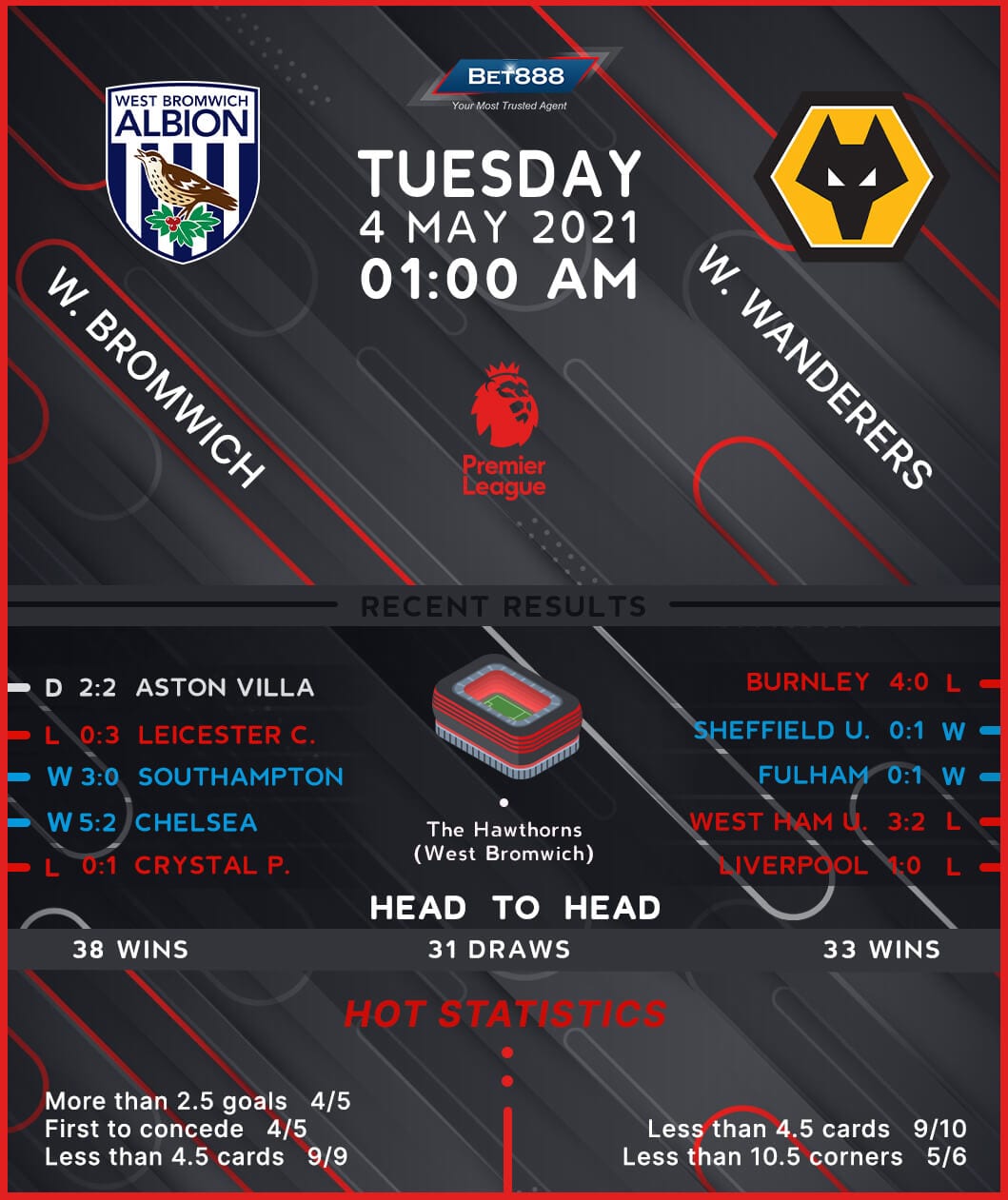