West Ham United and Arsenal will square off at Olympic Stadium in an all-London Premier League match-up.

West Ham have lost two of their last three Premier League matches (W1), as many defeats as they had in the previous 14 in the competition (W8, D4). At home, the ‘Hammers’ are enjoying a three-game winning run in the Premier League, last winning four successive top-flight fixtures at home in May 2002. To keep those hopes alive, David Moyes’ men will have to avoid conceding first as they have failed to win any of the four home league games in which they fell behind this season (D2, L2). Winning the first half would come in handy, as the hosts successfully concluded 80% of the league matches in which they were ahead at half-time this term (W8, D1, L1). However, Arsenal have been a formidable opponent for West Ham throughout history, with the Emirates outfit inflicting more Premier League losses (32) on the ‘Irons’ than any other side.

On the other hand, the visitors are unbeaten in their last three league fixtures (W2, D1), all of which saw both teams score before the interval and featured a goal inside the final six minutes of the first half. Away from home, the ‘Gunners’ have failed to keep a clean sheet in five consecutive Premier League matches after doing so twice in a row beforehand. Particularly vulnerable before the break, Mikel Arteta’s men have registered a vast majority (85.71%) of their total league goals conceded on the road in the first half of play (12/14). Interestingly, Arsenal have impressed in London derbies this season, returning more points (13) than any other capital-based side so far. They will be looking to maintain that feat against a West Ham team they have defeated in each of their last three top-flight H2Hs. 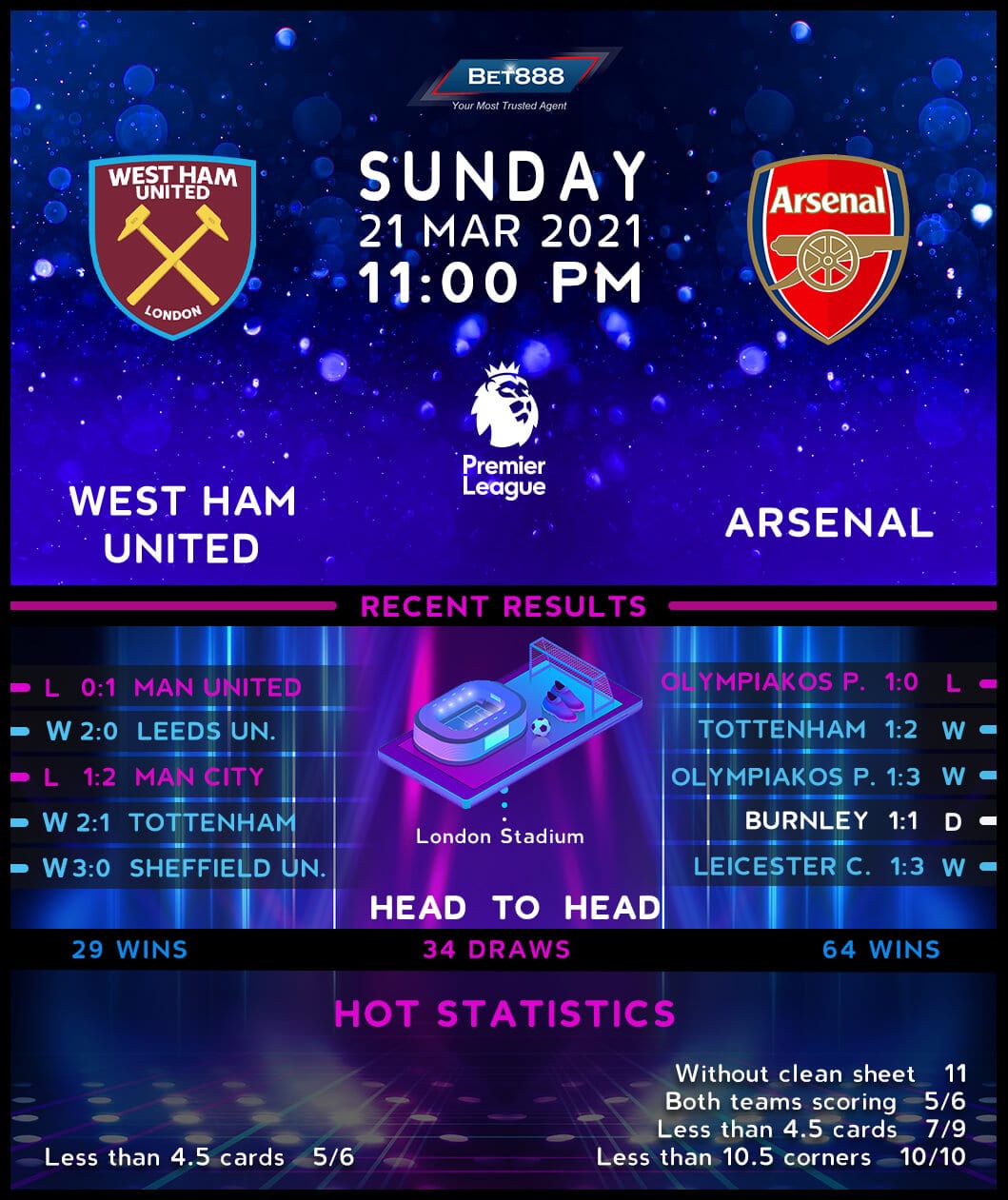