West Ham United will be looking to post their elusive first Premier League victory over Brighton & Hove Albion when the two teams meet at the Olympic Stadium.

A 3-0 away loss to Chelsea last time out means West Ham have now failed to keep a clean sheet in five consecutive Premier League matches (W2, D1, L2). Curiously, each fixture across that five-game sequence featured at least one first-half goal, with three seeing the opener scored within 10 minutes of play. Despite failing to preserve a blank sheet in five of their seven home Premier League outings, David Moyes’ men have conceded a league second-low two first-half goals at home this season. At the other end of the pitch, the ‘Irons’ have got on the scoresheet in six home league matches in a row since losing 2-0 to Newcastle United on Matchday 1. They must be confident of maintaining that stride against a side they’ve scored over 1.5 match goals against in both of their previous top-flight H2Hs as hosts (D2).

Meanwhile, Brighton have gone winless in five consecutive Premier League games (D2, L3) since defeating Aston Villa 2-1 on the road back in late November, as they enter this round hovering just two points clear of the relegation zone. After racking up nine goals in their opening five away league fixtures, Graham Potter’s men have drawn a blank in both of their previous Premier League matches on the road (D1, L1), which has not been the case in any of their three top-flight trips to West Ham. Indeed, the ‘Seagulls’ have netted an average of 2.66 goals across those abovementioned meetings. It’s also worth noting that all of Brighton’s last four Premier League triumphs have come away from home. 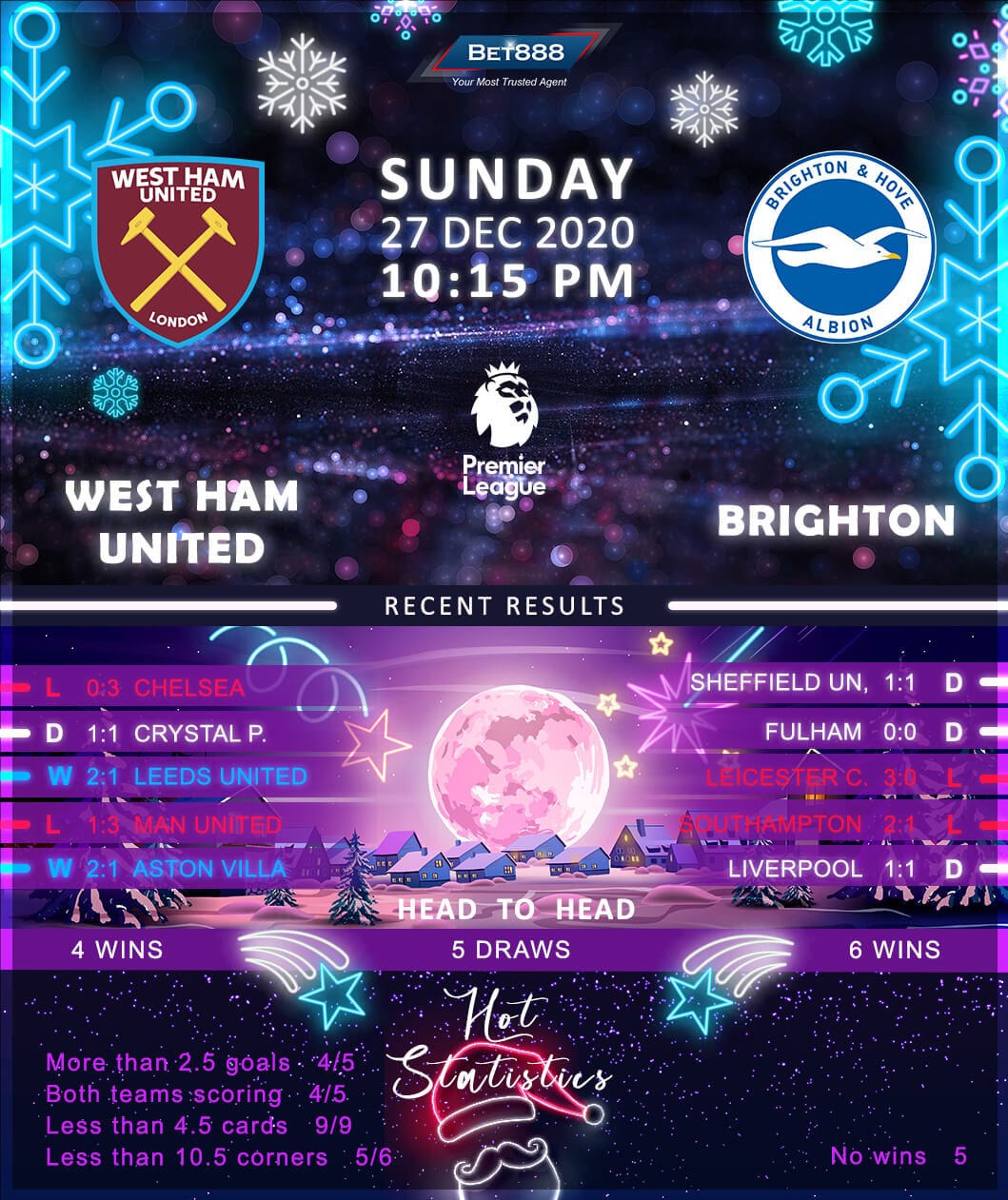