West Ham United and Chelsea will square off at the London Stadium in an all-London Premier League top-four six-pointer.

Though a 3-2 away loss to Newcastle United last time out halted West Ham’s three-game unbeaten run in the Premier League (W2, D1), the hosts head into this meeting undefeated in five home league matches (W4, D1). Free-scoring United netted an average of 2.6 goals per game during that five-fixture sequence, scoring 2+ first-half goals in each of the last three. Having that said, only 25% of their Premier League outings at the London Stadium this season have featured over 1.5 goals before half-time (4/16), with the ‘Hammers’ yet to concede within 15 minutes of the top-flight home action played so far. Notably, David Moyes’ men have put together five home London derbies in the Premier League without a loss (W3, D2), last enjoying a longer undefeated such streak in 2006 (6).

Meanwhile, Chelsea played out a dismal scoreless home draw with Brighton in midweek, which means they have now won just one of their last four Premier League fixtures (D2, L1). What’s more, the Stamford Bridge outfit have failed to beat West Ham in their last three top-flight encounters away from home (D1, L2), drawing a blank twice in the process. On the bright side, however, the ‘Blues’ have yet to lose a competitive away match under new boss Thomas Tuchel (W7, D2), keeping a clean sheet six times across the German’s first nine road games in charge. As ever, starting well will be a priority, especially given Chelsea’s inability to grind out an away result after conceding first – they have failed to win any of the five Premier League trips after falling behind this season (D2, L3). 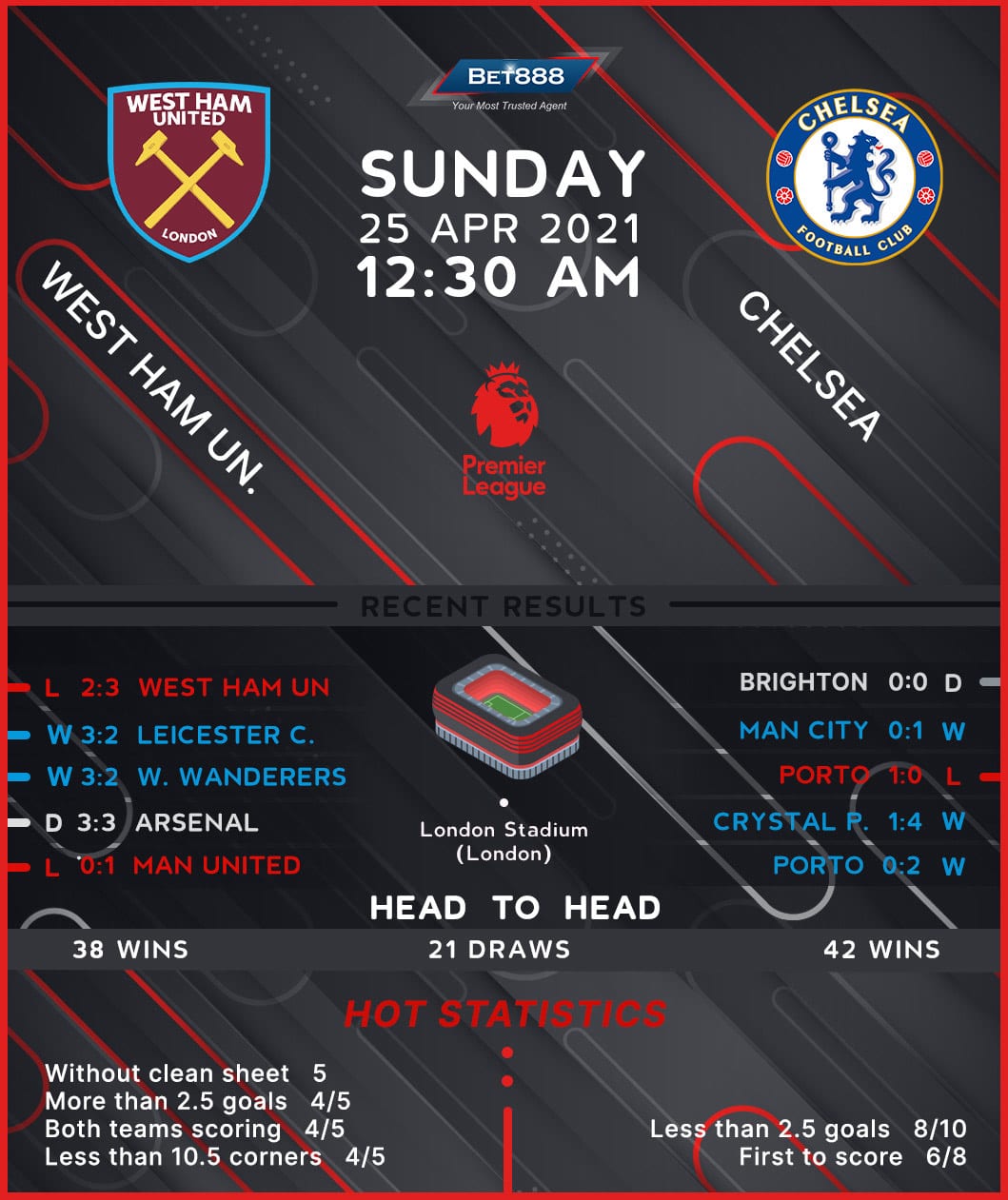