Crystal Palace will be looking to secure a third consecutive Premier League triumph over West Ham United for the first time in the club’s history when the two sides lock horns at London Stadium.

None of West Ham’s last six Premier League matches has ended level (W4, L2), with five of those results (win/loss) coming by a narrow one-goal margin. Also, none of their opening 12 league fixtures has ended goalless, with David Moyes’ men scoring the opener on nine of those occasions! Curiously, the ‘Hammers,’ who lost 3-1 to Manchester United in their last home Premier League outing, have not suffered back-to-back home league defeats under Moyes in 30 games at London Stadium. Also, that failure against Manchester United has been the first time West Ham conceded 2+ goals at home in the Premier League after four consecutive matches. However, they have shipped over 1.5 goals in four of their last six top-flight H2Hs as hosts, losing two of those clashes (W2, D2, L2).

As for the visitors, they have secured just one triumph in their last four Premier League fixtures (D1, L2), scoring one goal or less in each game they failed to win in this run. That lack of consistency has seen Crystal Palace win three of their six away league matches this term while losing the other three. Each game won/lost in that six-game sequence witnessed the victor get on the scoresheet first, with four yielding a full-time margin of over 1.5 goals. Roy Hodgson’s men have scored ten times in six Premier League trips this term, with 70% of those strikes coming in the second half of play. It’s, however, worth noting that 50% of their away Premier League goals scored so far arrived in a 5-1 victory over WBA, which equals Palace’s tally for their nine league games on the road combined beforehand. 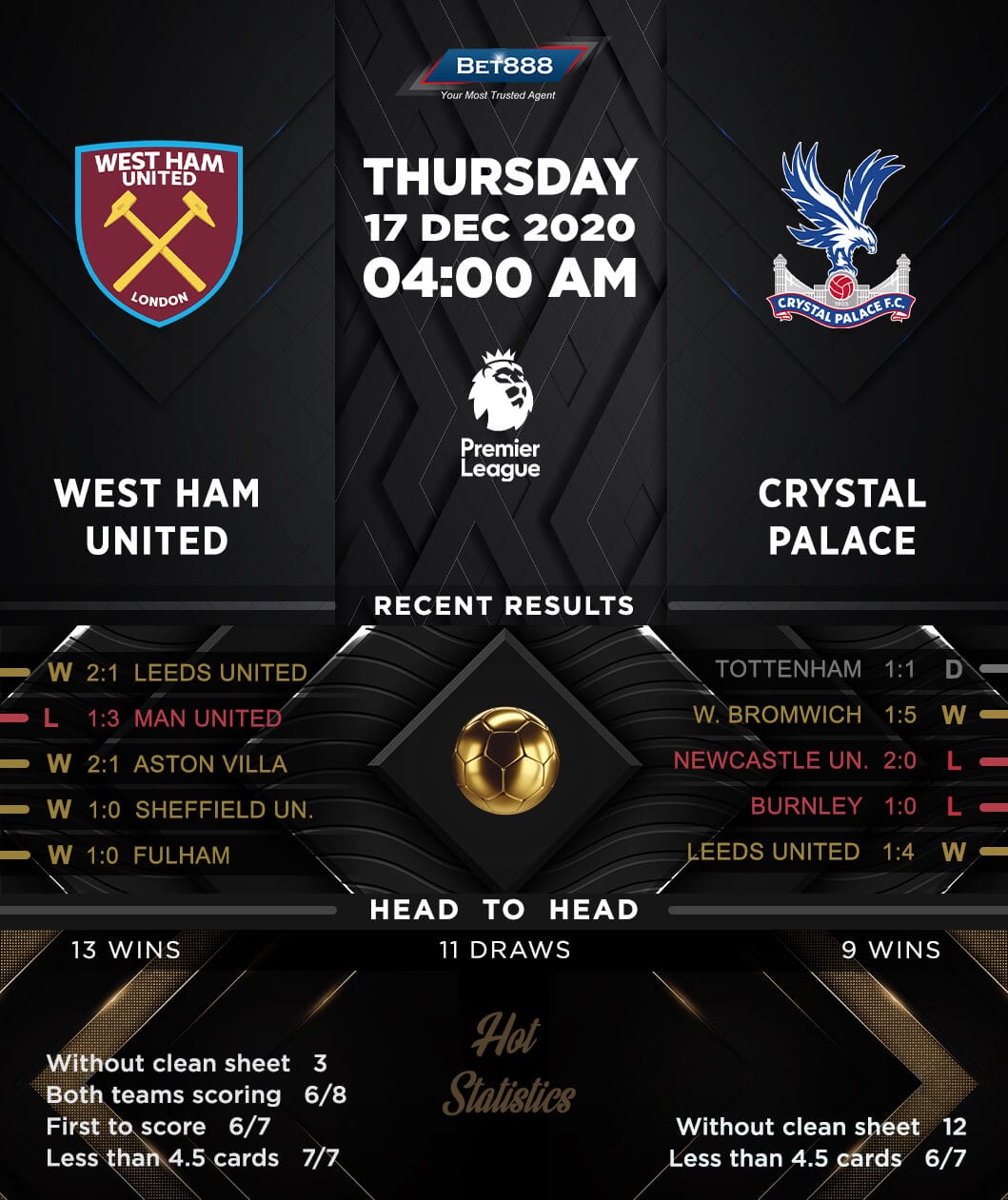