West Ham United and Eintracht Frankfurt are set to square off at the London Stadium in the first leg of their Europa League semi-final.

West Ham suffered a morale-damaging 1-0 away loss to Chelsea in the Premier League last time out, making it one win from five competitive fixtures (D2, L2). However, the ‘Hammers’ have enjoyed a stellar European season so far. After finishing top of their Europa League group in the autumn, they crashed the competition specialists Sevilla out of the round of 16 via a sensational second-leg comeback and moved on to thump Lyon 4-1 on aggregate in the quarter-finals. West Ham’s first appearance in a European semi-final in 46 years will serve as an opportunity for David Moyes’ side to extend a run of eight competitive home matches without losing (W5, D3). Interestingly, none of West Ham’s first six European fixtures at the London Stadium had ended level (W4, L2) prior to a 1-1 draw with Lyon last time out.

On the other hand, Frankfurt also conquered their Europa League group in the autumn before overcoming Spanish giants Real Betis and Barcelona in the two previous knock-out rounds. ‘Die Adler’ have won both away matches in this season’s Europa League knock-outs, including a spectacular 3-2 triumph at Camp Nou last time out. Yet, those successes are two of Frankfurt’s three victories in nine away Europa League knock-out fixtures (D4, L2). Moreover, a ‘goal-friendly’ 2-2 home draw with TSG Hoffenheim in the Bundesliga last weekend maintained Eintracht’s underwhelming form that has seen them pick up just one win from nine outings in all competitions (D5, L3). Just once in their five previous European visits to England had Frankfurt ended up on the winning side (D1, L3). 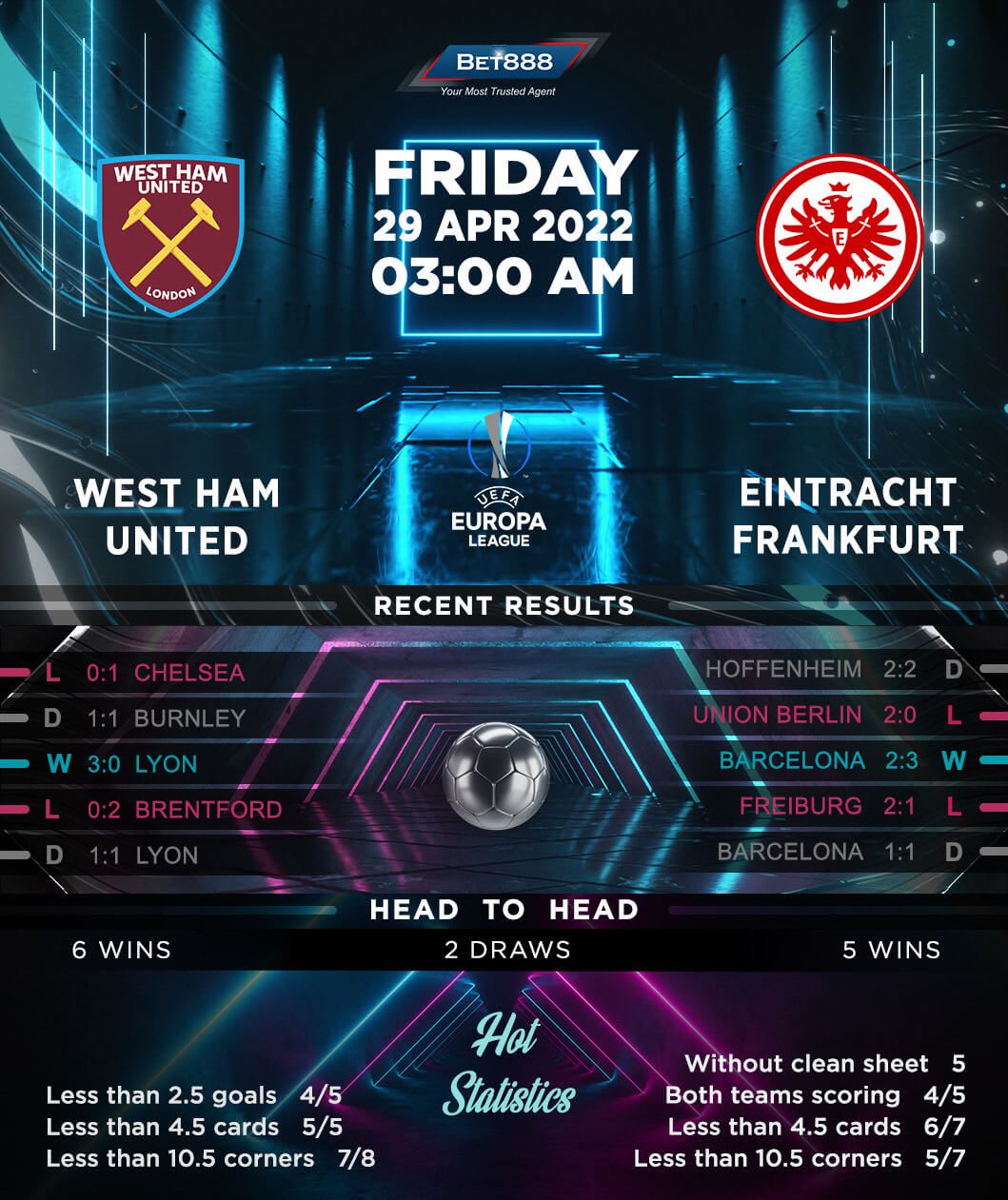