West Ham United and Leicester City will lock horns at the London Stadium in their Premier League top-four six-pointer.

Both of West Ham’s previous Premier League outings have seen both sides score at least twice in matches garnering 5+ FT goals, with each of them featuring precisely two goals within 17 minutes of play (W1, D1). Having that said, only three of West Ham’s 15 home Premier League games this season have featured over 1.5 goals at half-time, dousing any embers of optimism when it comes to action-packed first-half football. Yet, a first-half goal remains well within the realm of reality, considering 80% of their top-flight matches at the London Stadium produced at least one goal inside the first 45 minutes. After running out 3-0 victors at the King Power Stadium in the reverse fixture back in October, the ‘Hammers’ are looking to claim a Premier League double over Leicester for the first time since the 1999/00 campaign.

Meanwhile, Leicester’s 2-0 home reverse to Manchester City last time out saw their three-game winning Premier League run come to a halt, marking only their second league match in 2021 in which they failed to score. However, the ‘Foxes’ can draw confidence from their imperious away streak in the top-flight that has seen them rack up ten consecutive Premier League trips without losing (W6, D4). Brendan Rodgers has to be wary of his leaky defense that has kept a clean sheet only once in the last seven league fixtures, conceding an average of 1.28 goals per game in that stretch. Regardless of their recent defensive woes, only two sides have shipped fewer away Premier League goals than Leicester (13) this term. Furthermore, the visitors head into this meeting as one of just six visiting teams yet to lose a top-flight encounter at the London Stadium (W2, D2). 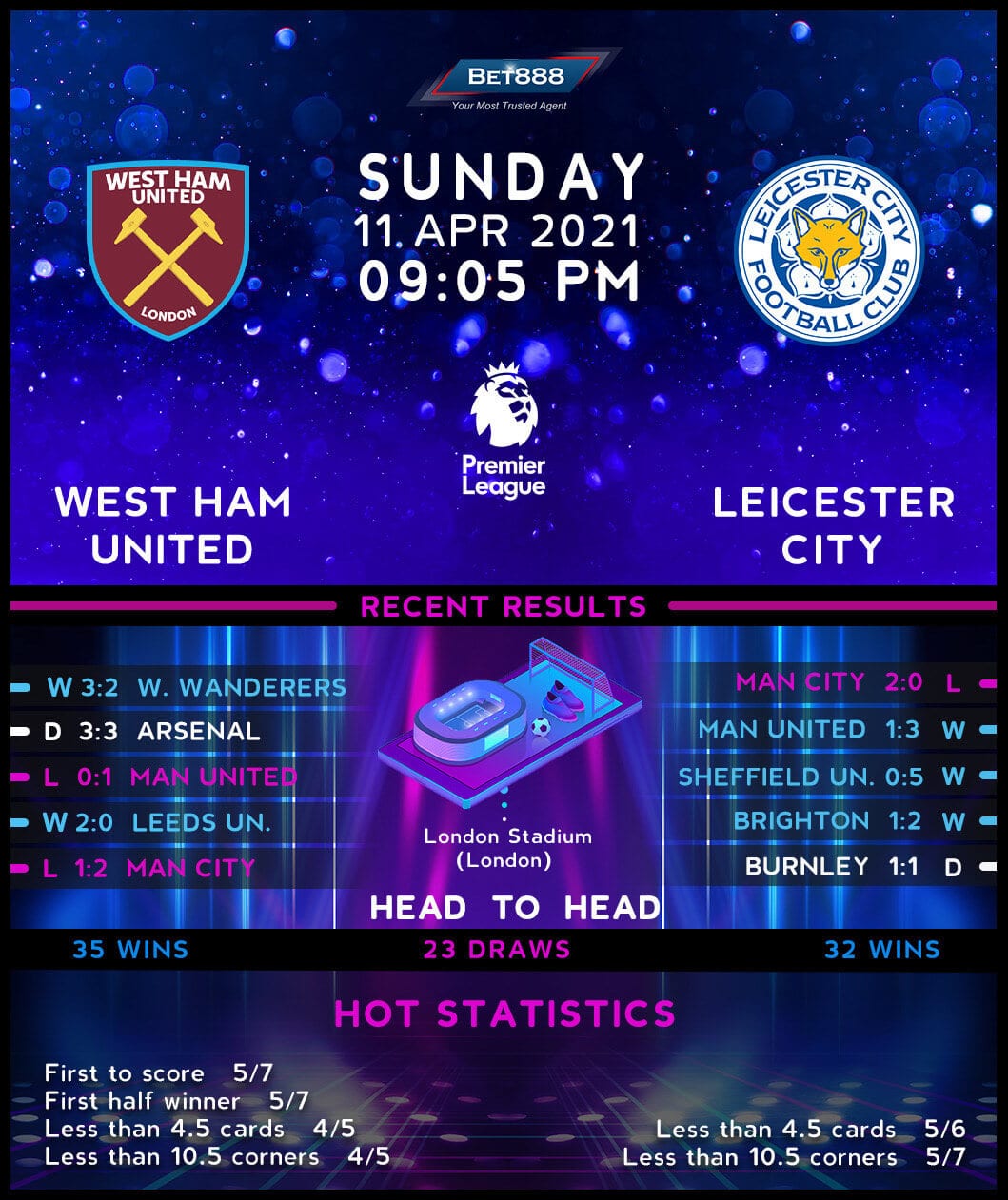