Liverpool will be looking to post their fourth successive Premier League win against West Ham United when the two sides meet at London Stadium.

A 3-2 comeback triumph away at Crystal Palace last time out saw West Ham extend their unbeaten Premier League run to six matches (W4, D2). Curiously, each victory in that period came by a single-goal margin, with the ‘Hammers’ leading at half-time in three. By extension, each of West Ham’s last eight top-flight wins has yielded a narrow one-goal margin, highlighting the potential for a tight contest. At home, David Moyes’ men have only lost once in their last nine Premier League fixtures (W5, D3), scoring the opening goal in seven of them. That’s not so strange, considering they’ve only shipped a league-second joint-lowest three first-half goals at home this term. Scoring could be an issue, though, as West Ham have drawn a blank in two of their last four top-flight H2Hs as hosts, bagging precisely one goal apiece in the other two.

Meanwhile, Liverpool outscored Tottenham Hotspur 3-1 on the road last time out, bringing a 360-minute goal drought in the Premier League to an end. Additionally, before beating Tottenham, the ‘Reds’ had only won one of their eight previous Premier League trips (D5, L2), scoring under 1.5 goals on five of those occasions. However, Jurgen Klopp’s men have claimed three victories in their last four top-flight trips to West Ham (D1), netting 3.33 goals on average per win. The reigning English champions have scored the division second-highest 12 second-half goals away from home this season, though they did manage to find the net beyond the 75th minute in just two of their ten Premier League trips so far.

Mohamed Salah could be a difference-maker here, considering he has scored in six of his seven Premier League matches against West Ham since joining Liverpool in 2017. 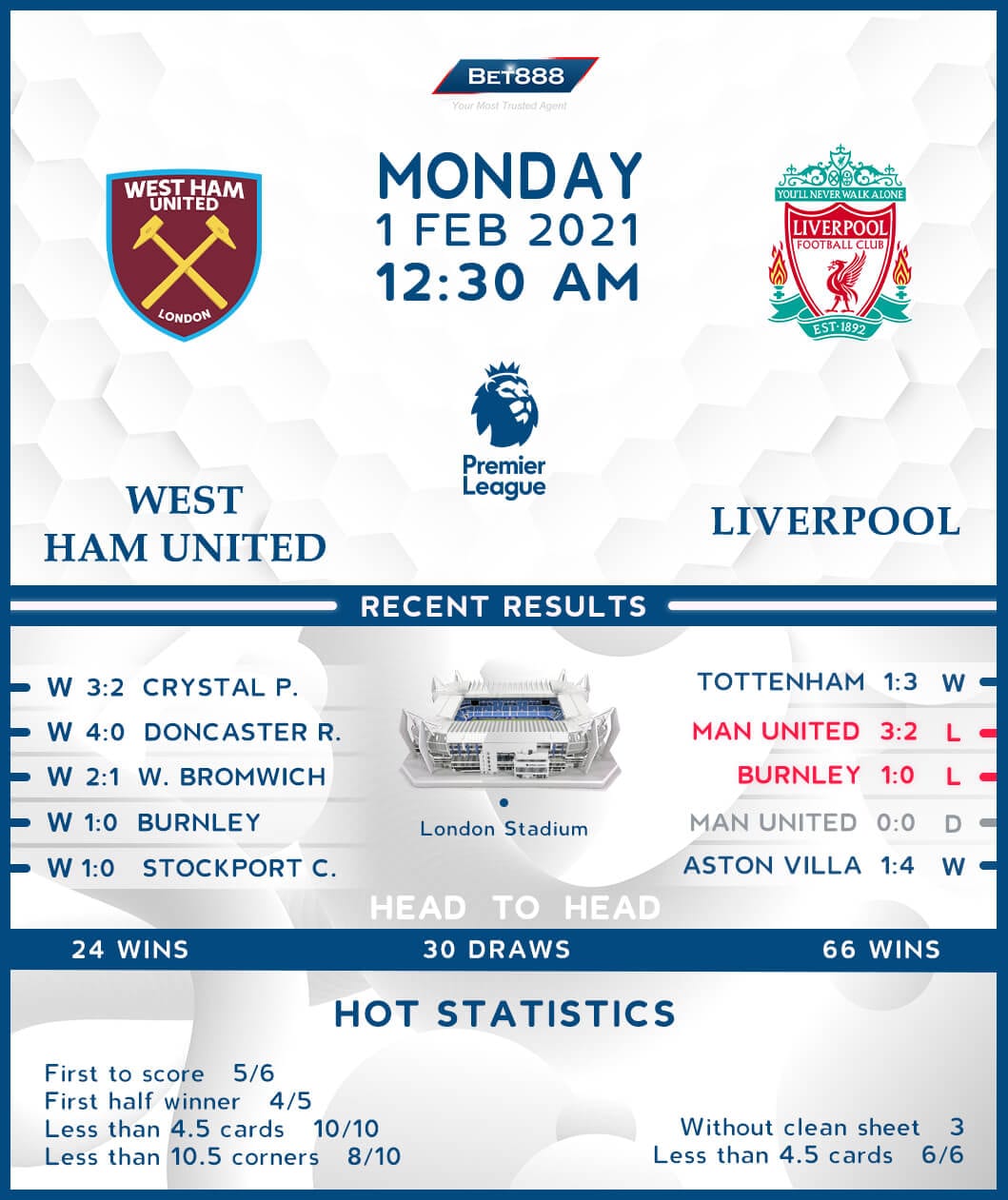