Manchester United will be looking to bounce back from a dismal 3-1 Champions League loss when they meet West Ham United at the London Stadium in an exciting Premier League contest.

The hosts have enjoyed a notable upturn in form lately, going from three consecutive Premier League games without a win (D2, L1) to three league victories in a row. Each result (win/loss) during that six-game sequence came by a narrow one-goal margin, with the winner in two arriving no earlier than the 85-minute mark. At home in the Premier League, the ‘Hammers’ have racked up a four-game winning run since succumbing to a 2-0 loss to Newcastle United on Matchday 1 (W3, D1). Quick-fire West Ham opened the scoring each time in that same run, getting on the scoresheet within 20 minutes three times in the process. Notably, David Moyes’ men have won three of their five previous Premier League H2Hs as hosts (D1, L1), including the last two.

Meanwhile, the visitors have won three of their last Premier League matches after going winless in two such outings beforehand (D1, L1). Remarkably, two of those three victories saw Manchester United come from behind to pick up the three points. Furthermore, the ‘Red Devils’ have scored over 2.5 goals in each of their four Premier League trips this season to win all of them. Indeed, Ole Gunnar Solskjaer’s men have netted a league joint-high 13 away goals, nine (69.23%) of which have come in the second half of play. It’s, however, worth noting that Manchester United have scored just once in their last three top-flight trips to West Ham. At the other end of the pitch, five of United’s six Premier League goals conceded on the road have arrived before half-time. 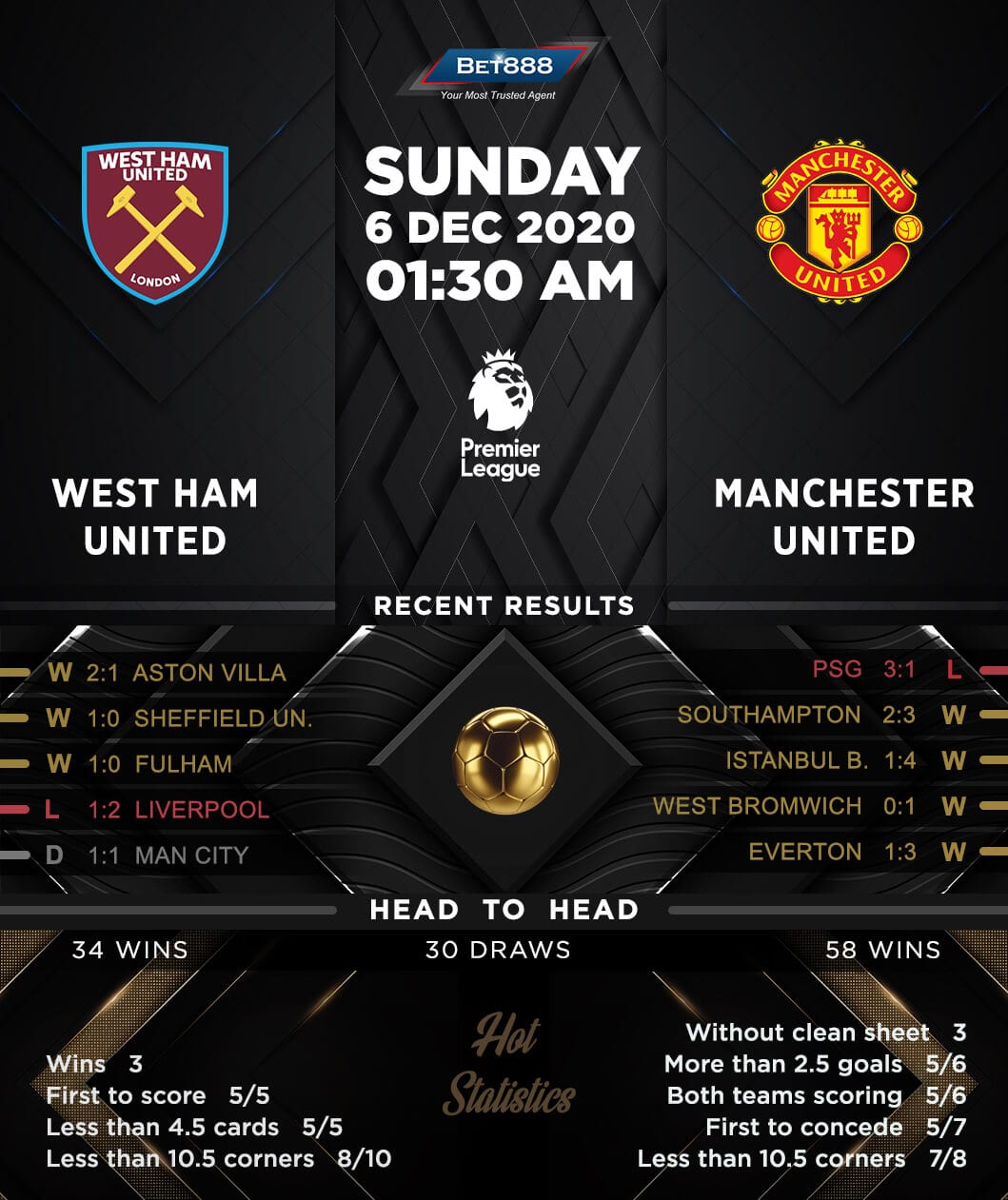