London Stadium is the venue as Sevilla and West Ham United go head-to-head in the return leg of their mouth-watering Europa League last-16 tie.

Munir El Haddadi’s second-half winner gave Sevilla a 1-0 first-leg win in Andalusia, putting West Ham in an awkward spot going into the second leg. But after beating Aston Villa 2-1 at home over the weekend to snap a frustrating three-game losing streak in all competitions, David Moyes’ side will feel confident about overturning a narrow deficit. Despite taking the field on the back foot, the ‘Hammers’ can draw confidence from the fact they’ve ousted Spanish opponents in both previous European ties. However, this will be their first such contest in the 21st century. Since moving to the London Stadium, the Premier League giants haven’t drawn any of their five European home matches (W3, L2). West Ham’s overall home record in European action reads encouragingly (W19, D3, L6).

Meanwhile, Sevilla’s first-leg advantage could be the only thing going their way at this point. After being held to a 1-1 draw at out-of-sorts La Liga rivals Rayo Vallecano at the weekend, ‘Los Rojiblancos’ are winless in their last seven competitive away matches (D5, L2), netting under 1.5 goals on each occasion. Indeed, a lacklustre 1-0 defeat away to Dinamo Zagreb in the second leg of their Europa League play-off tie made it zero victories from their last five continental travels (D3, L2), three of which saw Sevilla fail to get on the scoresheet. Additionally, the Andalusian giants have picked up just one victory from their eight European visits to English clubs (D4, L3), courtesy of a 2-1 win over Manchester United in the return leg of their 2017/18 Champions League round-of-16 tie. 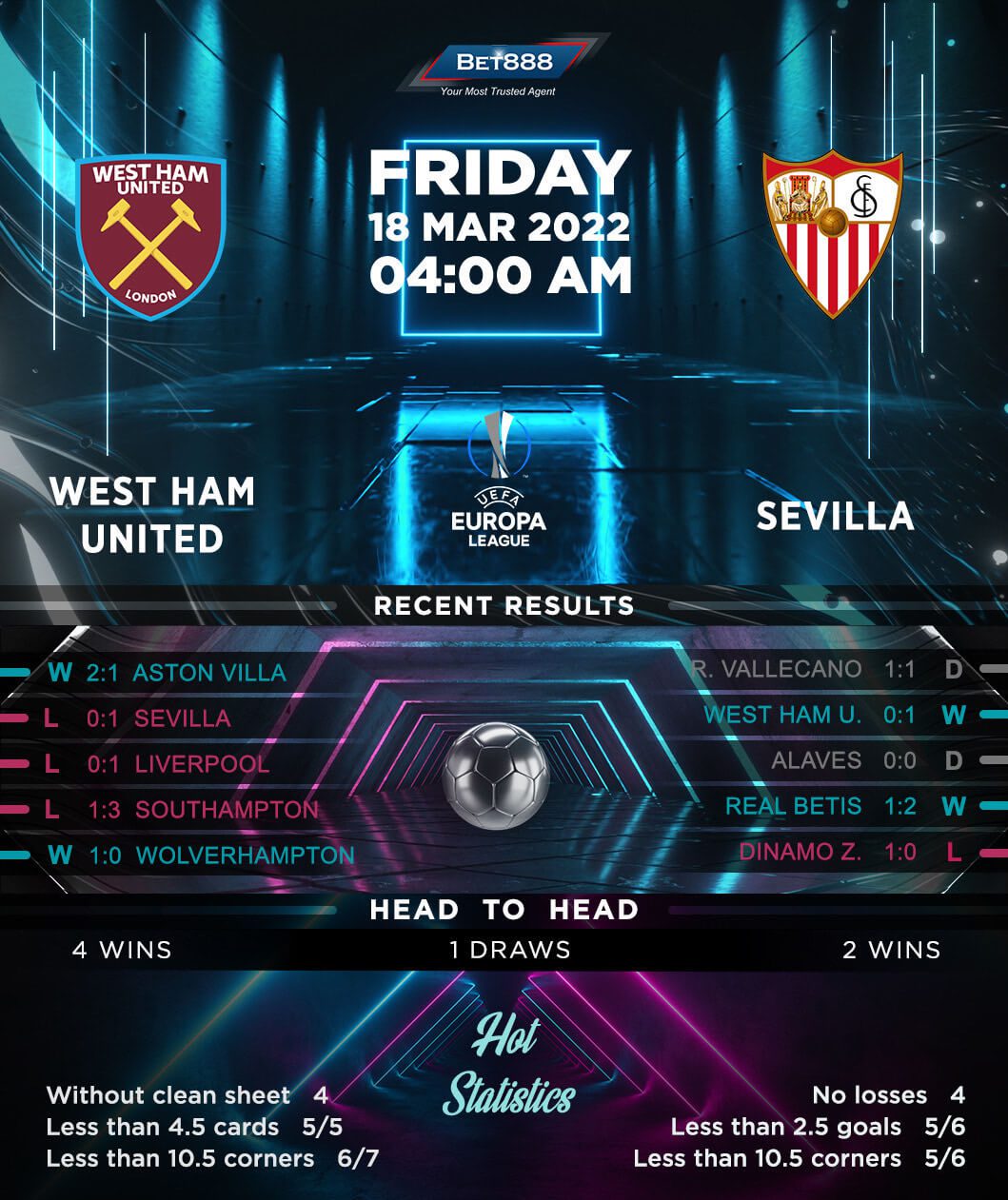