West Ham United and out-of-form Southampton are set to square off at the London Stadium in the final round of the 2020/21 Premier League campaign.

West Ham came from behind to beat relegated West Brom 3-1 on the road last time out and put an end to a two-game winless run in the Premier League (D1, L1). However, David Moyes’ men have now failed to keep a clean sheet in any of their last ten outings in the competition, having done so in three of their previous five prior to this run. The ‘Hammers’ need to pick up one point here to secure a top-six finish for only the second time, a first in the 21st century. Adding to their confidence, the Londoners haven’t lost the final league match of the season in the last four top-flight campaigns (W3, D1). Furthermore, West Ham had defeated Southampton in five consecutive Premier League meetings before being held to a goalless stalemate in the reverse fixture.

Meanwhile, Southampton haven’t drawn any of their last four Premier League outings (W2, L2), with each game won/lost in this sequence yielding a winning/losing margin of precisely two goals. Topically, none of Southampton’s 13 away matches in all competitions this calendar year have ended level (W3, L10), with the ‘Saints’ losing the last four in a row by an aggregate score of 8-1. In the Premier League alone, Ralph Hasenhuttl’s men have suffered nine defeats in their ten away fixtures in 2021, conceding a staggering 30 goals across those failures at an average of 3.33 per game. On top of that, Southampton have lost 13 of their last 17 top-flight trips to West Ham, winning the other four. The last time these two sides drew a Premier League match in London was in May 1994 in their first such encounter. 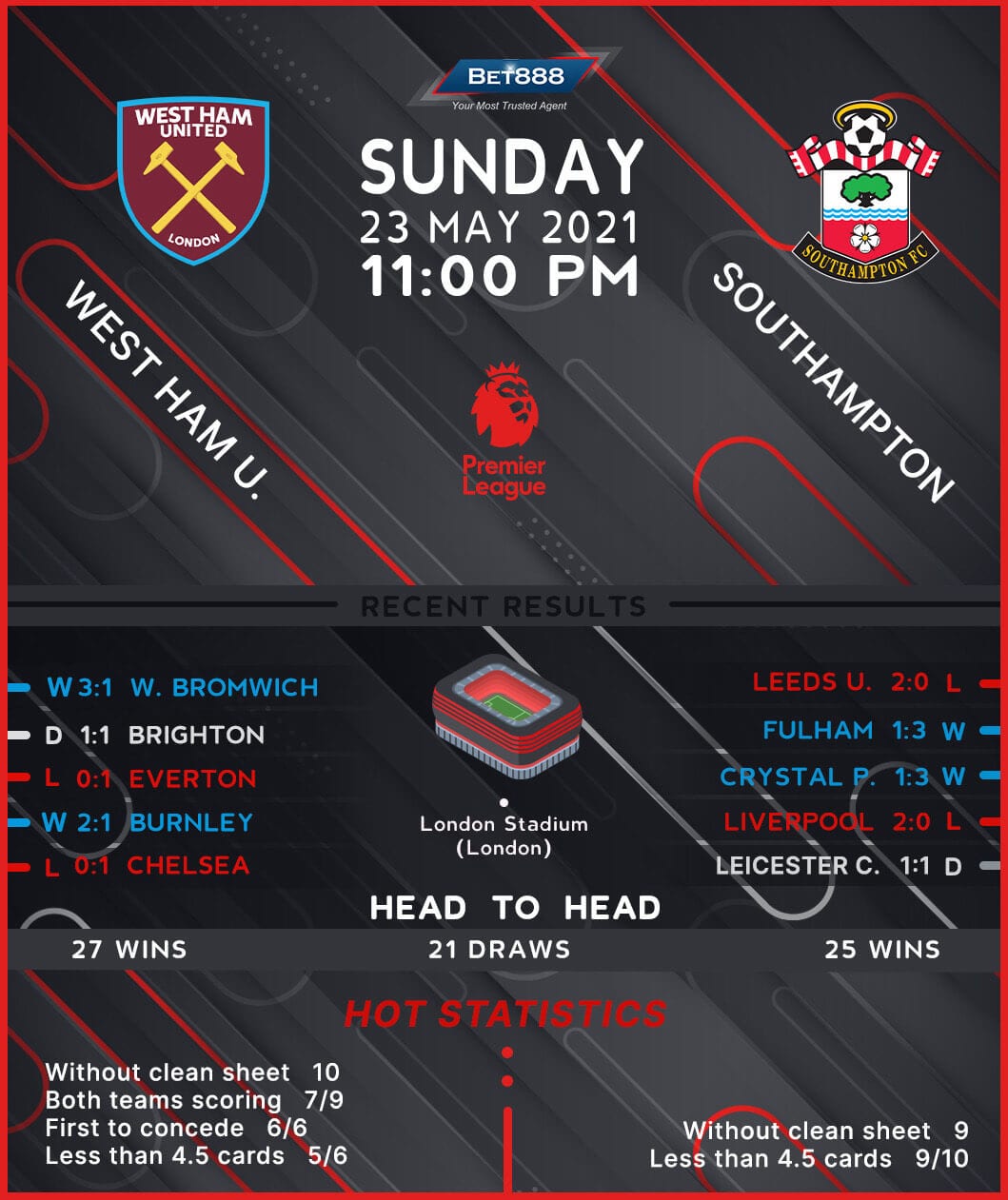