Olympic Stadium is the venue, as West Ham United and Tottenham Hotspur go head-to-head in an all-London Premier League match-up.

West Ham have become genuine top-four contenders after losing just one of their last ten Premier League matches (W6, D3), preserving a blank sheet on five occasions in that run. Additionally, since succumbing to a 2-0 defeat to Newcastle United on Matchday 1, the ‘Hammers’ have only lost two of their 11 Premier League home games (W6, D3), with both of those reverses coming against the current top-four sides. Encouraged by his team’s impressive form, David Moyes will be looking to post his first managerial triumph against Jose Mourinho at the 16th attempt (D6, L9)! Conceding the opening goal could put an end to those hopes, as the ‘Irons’ failed to win any of their four Premier League home matches in which they shipped the first goal this season (D2, L2). A draw is seemingly off the table, as none of the last 11 top-flight meetings between West Ham and Tottenham at this venue have ended level (W4, L7).

Meanwhile, a string of underwhelming performances has seen Tottenham suffer four defeats in their last five Premier League outings (W1) and lose ground on the current top four. But, they can draw on a convincing 4-1 away win at Wolfsberger in the UEFA Europa League midweek. As usual, starting well will be of the essence, particularly as each of Tottenham’s last four league matches has witnessed the victor keep a clean sheet. A lackluster away form could throw a spanner in the works to the visitors’ hopes of finding consistency, as the ‘Spurs’ have only won once in their last seven Premier League trips (D3, L3), scoring under 1.5 goals per game six times in the process. However, Jose Mourinho’s men outplayed West Ham in each of their last three top-flight visits to Olympic Stadium, netting precisely three goals per match on two of those occasions. 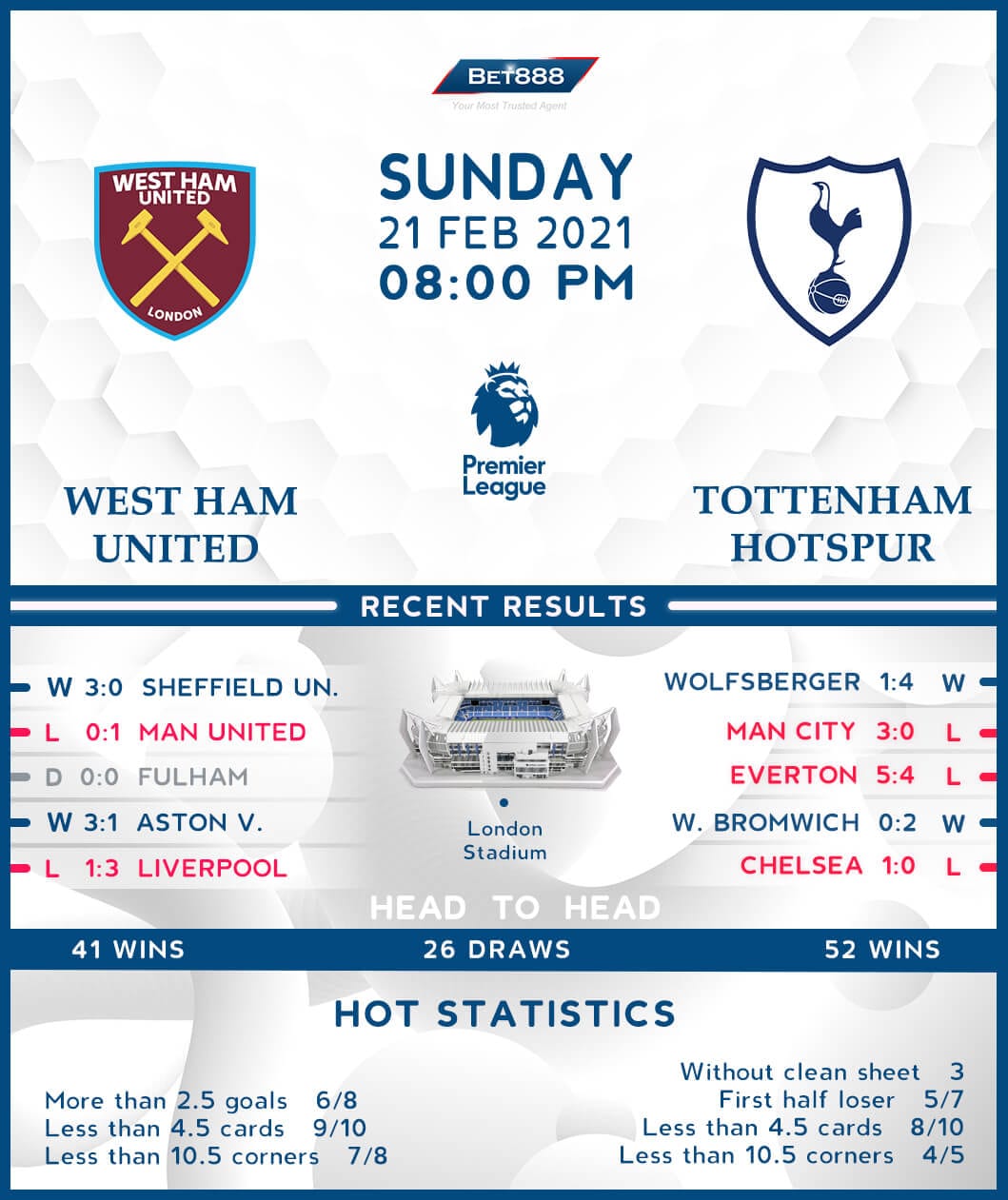