Western Sydney Wanderers will be looking to post their third consecutive A-League victory over Wellington Phoenix when the two sides meet at the Bankwest Stadium this midweek.

A narrow 1-0 away defeat to Sydney FC last time out means none of Western Sydney Wanderers’ last six A-League fixtures have ended level (W2, L4) following a run of three consecutive league draws. Worryingly, since beating Perth Glory 3-0 at home in mid-March, the ‘Wanderers’ have failed to keep a clean sheet in nine of their subsequent ten A-League matches, conceding an average of 2.55 goals across such contests. Despite dealing with massive defensive problems, Carl Robinson’s men have registered only 41.03% of their total league goals conceded this term on home soil. Unfortunately for the hosts, they now go up against a side they have shipped precisely three goals against twice in their last three top-flight H2Hs held at this venue.

Meanwhile, the visitors have gone from back-to-back A-League defeats to eight consecutive league matches without losing (W4, L4), five of which saw them score 2+ goals, including the last two. Another bright spot has been Wellington’s ability to shut out their opposition, as witnessed by the fact they have kept a clean sheet in three of their last four league outings. Away from home, the ‘Nix’ are undefeated in five straight league matches, though they’ve drawn the last four in a row since beating Perth Glory 3-1 in mid-April. The first-half action has been relatively sparse in Wellington’s away league games this season as only three of their 11 A-League trips have featured over 1.5 goals before half-time. 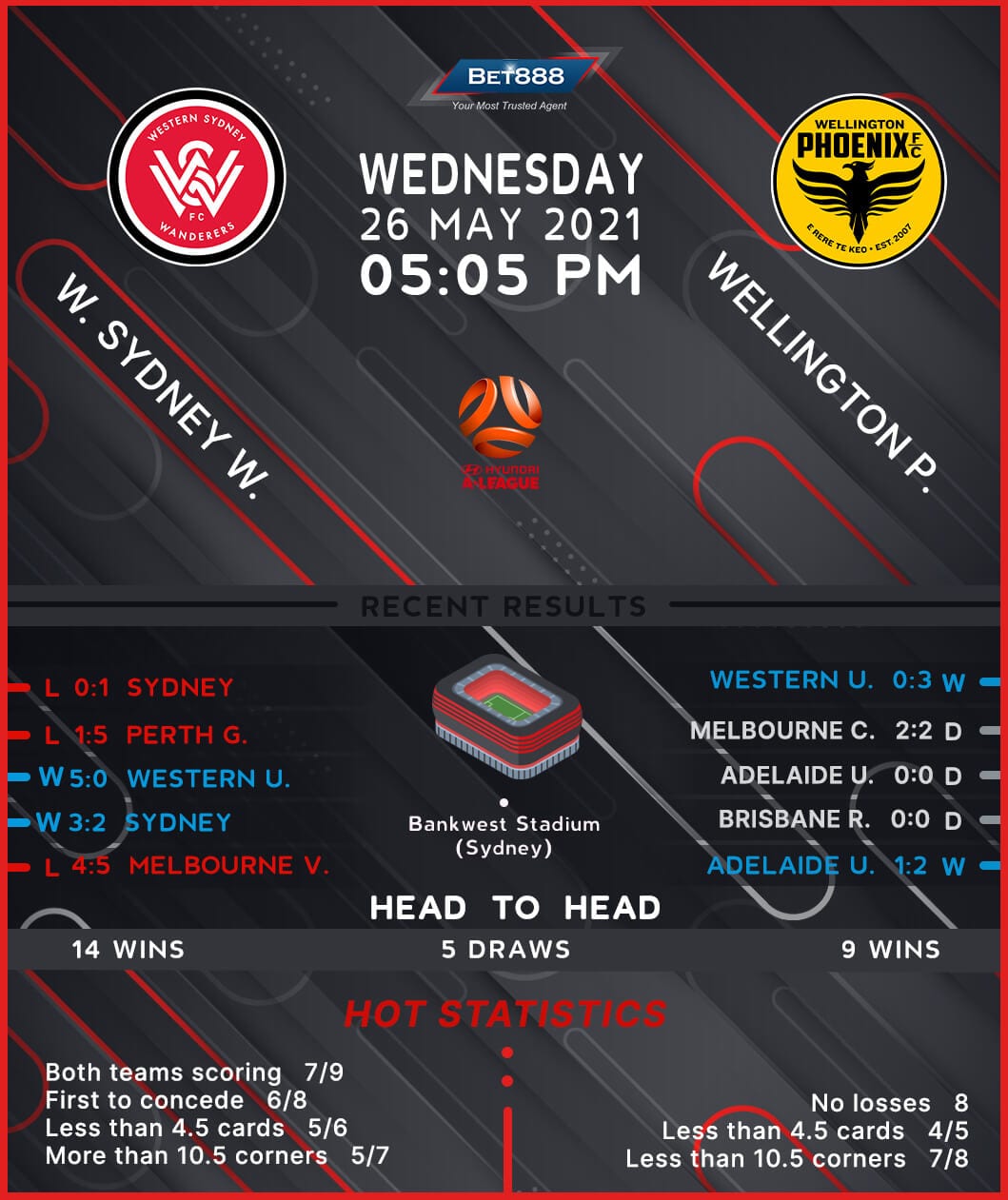