Western United head into proceedings in the midst of a rough patch, having lost each of their last five A-League matches by an aggregate score of 14-1. Following a 2-0 home victory over Newcastle Jets in late April, the hosts have drawn a blank in five of their subsequent six league outings, including the last four in a row. If there’s any consolation for Western United, they go up against a side they have never lost to in the top flight across their five meetings so far (W4, D1), netting an intimidating average of 3.00 goals per win. A narrow 1-0 loss to Sydney in their most recent home league fixture ended Western’s run of five consecutive home games in A-League without a loss (W5, D1). They have also failed to find the net in a league second-highest 36% of their home league matches this term.

Meanwhile, the visitors are enduring a hard time of their own, failing to secure all three points in seven A-League matches on the bounce (D1, L6) since claiming a thrilling 5-4 home win against WS Wanderers in late April. Melbourne Victory’s defensive woes have seen them fail to keep a clean sheet in any of their last 16 league outings. Furthermore, Melbourne’s tally of 58 goals conceded is the worst in A-League this season by some distance, with the ‘Boys in Blue’ letting in at least 17 goals more than any other side in the division. Away from home, Steve Kean’s men have lost their last five A-League fixtures by an aggregate scoreline of 15-2, conceding in both halves on three of those occasions. 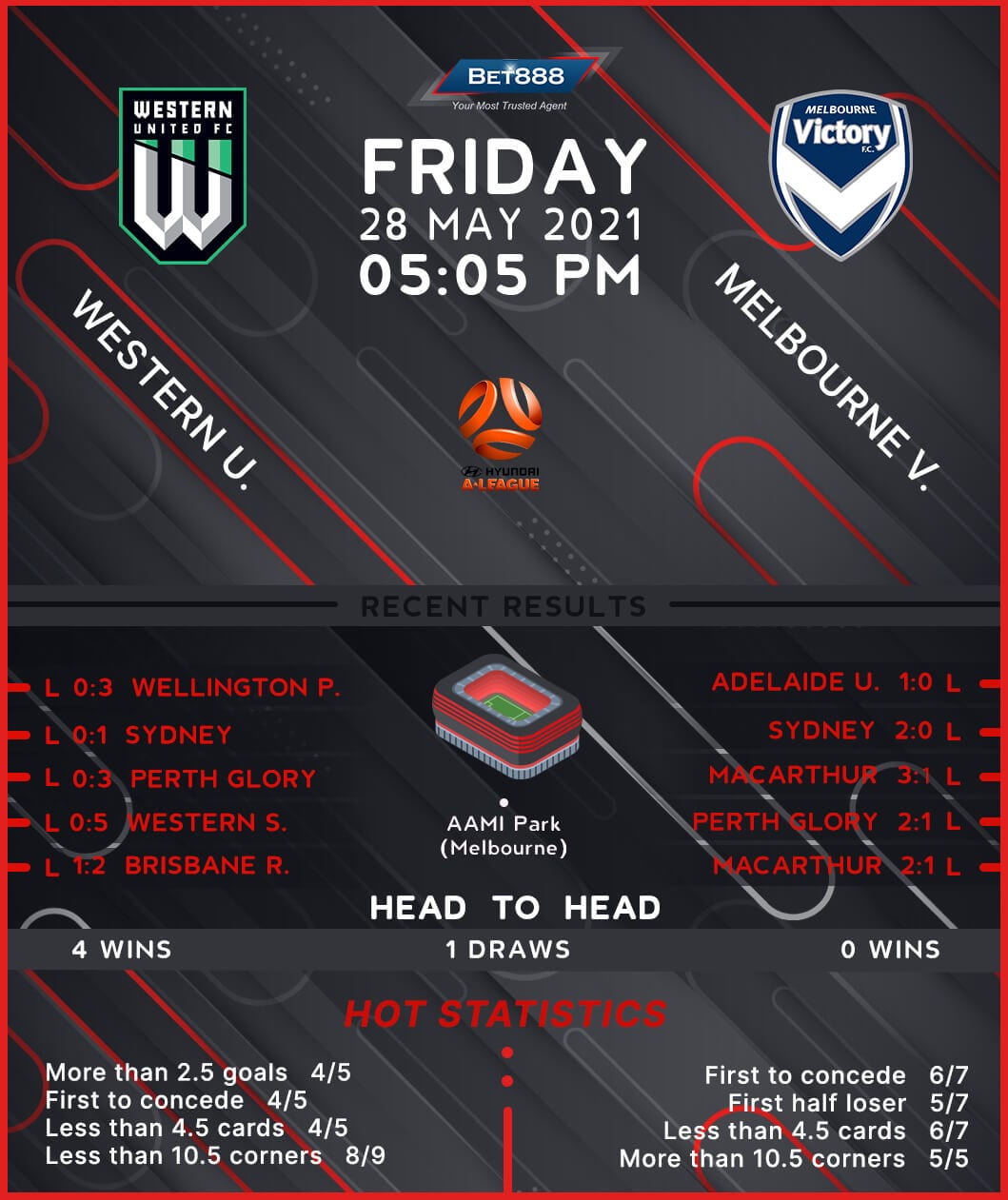