The first-ever meeting between Wolfsberger and Tottenham Hotspur sees the two lock horns at the Puskás Aréna for the first leg of their UEFA Europa League last-32 tie.

Wolfsberger notably finished runners-up in Group K ahead of the likes of experienced European campaigners Feyenoord and CSKA Moscow to set up their first-ever knock-out stage appearance of major European competition. Curiously, none of their last five Europa League fixtures have ended in a draw (W3, L2), with four of the games won/lost in that sequence seeing the winner on the preserve a clean sheet and three yielding the identical 1-0 scoreline. A genuine lack of firepower up front has seen Wolfsberger fail to find the net in five of their 12 Europa League outings, netting precisely once per game in four of the other seven (qualifiers excluded). Ferdinand Feldhofer’s men could be a real attacking threat in the first half, though, as five of their seven Europa League goals scored this term have come before half-time.

On the other hand, Tottenham have gone unbeaten in four Europa League fixtures (W3, D1) since suffering a narrow 1-0 defeat away at Antwerp on Matchday 2, securing a top spot in Group J in the process. Except for the shocking failure in Belgium, the ‘Spurs’ have scored over 1.5 goals in each of their remaining five Europa League games this season, netting an average of 3.00 goals per match. Coming into this encounter as massive betting favorites to claim a place in the round of 16, Tottenham have not lost any of their six continental meetings with Austrian teams (W4, D2), returning a +7 goal difference from those fixtures (GF:10, GA:3). Worryingly, though, Jose Mourinho’s men have not won a single first-leg match across their last seven Europa League knock-out stage ties. 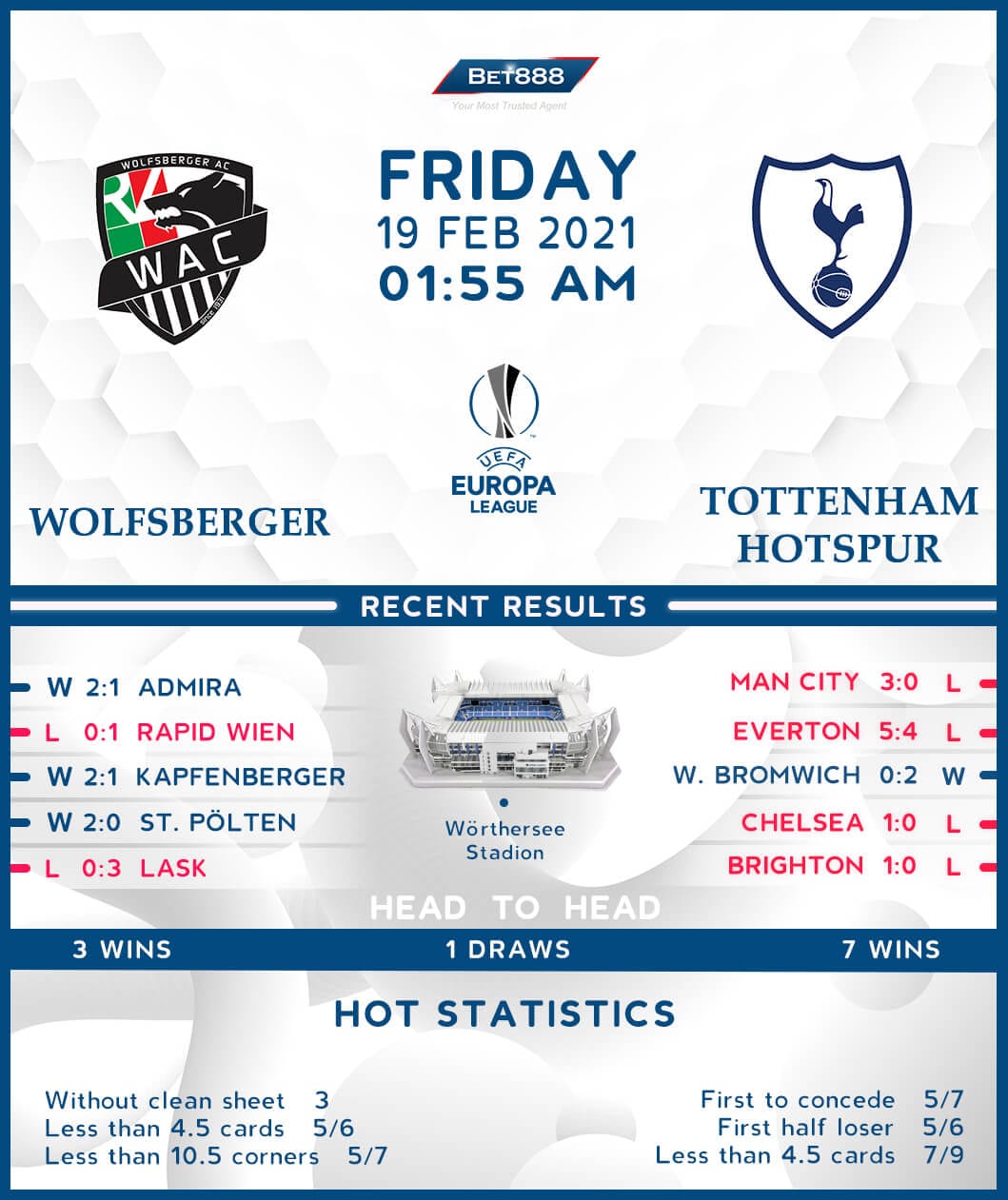