Augsburg and Wolfsburg go head-to-head at WWK Arena in an exciting Bundesliga match-up. Interestingly, three of their last six top-flight meetings have yielded the identical 0-0 scoreline, while the other three witnessed over 2.5 goals and both teams scoring.

It’s been a stuttering start to the new calendar year for the ‘Fuggerstädter,’ who have lost two-thirds of their Bundesliga fixtures since the turn of 2021 (GP:6 – W2, L4), with three of those four defeats coming by at least a two-goal margin. By extension, none of Augsburg’s last eight top-flight matches have ended in a draw (W3, L5), with 62.5% of the games won/lost in that sequence seeing the victor keep a blank sheet. Indeed, the ‘clean-sheet’ theme is seemingly on the cards, especially considering that five (55.56%) of the nine Bundesliga H2Hs between Augsburg and Wolfsburg here have seen one or both sides fail to get on the scoresheet. Having that said, Heiko Herrlich’s men have not registered a shutout in any of their previous nine league outings, setting a negative club record in the process.

In the meantime, Wolfsburg squeezed past Schalke 04 in the DFB Pokal midweek, stretching their unbeaten run in all competitions to six matches (W4, D2). Coming into this matchday, ‘Die Wölfe’ have preserved a clean sheet in three consecutive Bundesliga games, having previously conceded precisely twice per league match in three league fixtures on the bounce. Curiously, despite failing to complete a single comeback in the five away Bundesliga outings in which they shipped the opening goal this season, Oliver Glasner’s men have avoided defeat in four such contests (D4, L1). Indeed, Wolfsburg’s attacking set-up usually sparks into life after half-time, as evidenced by the fact that eight (61.54%) of their 13 league goals scored on the road have come in the second half of play. 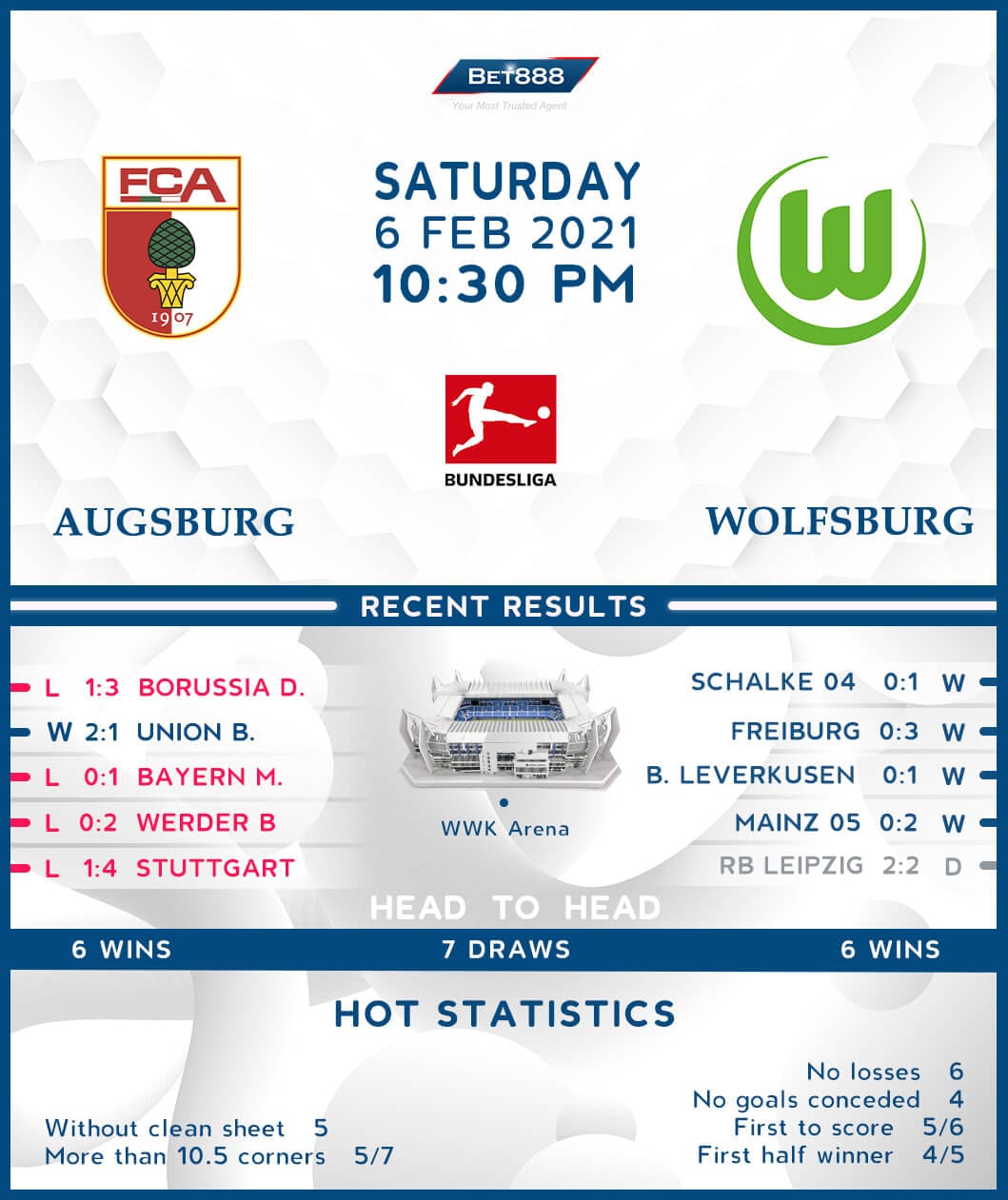