After bowing out of the UEFA Champions League to PSG, Bayern Munich return to Bundesliga action this weekend as they head to the Volkswagen Arena to take on Wolfsburg.

Wolfsburg’s 4-3 away defeat to Eintracht Frankfurt in a seven-goal thriller last weekend means none of their previous eight Bundesliga matches have ended level (W5, L3). Despite their recent upset, the hosts have been a force to be reckoned with at the Volkswagen Arena this season, entering this encounter as one of just three sides yet to lose a top-flight home match (W9, D4). Curiously, though, Wolfsburg’s last home loss in the Bundesliga came at the hands of Bayern in June 2020 (4-0). Oliver Glasner has based his side’s success on a water-tight defensive unit that has kept 13 (46.43%) clean sheets in 28 league outings this term, setting a new club record for a single Bundesliga campaign in the process. In fact, ‘Die Wolfe’ remain the only team yet to concede double digits at home this league season (8), having registered a league-low three first-half goals shipped at home thus far.

On the other hand, Bayern shockingly drew 1-1 with Union Berlin at home last time out to see their five-game winning Bundesliga streak come to a halt. Nonetheless, the perennial German champions head into proceedings having avoided defeat in 12 of their last 13 league fixtures (W11, D1). Hansi Flick’s men have been scoring at will in domestic football over the past couple of years, as evidenced by the fact that they go into this encounter on the back of 41 consecutive Bundesliga games in which they found the net. Although Bayern’s tally of 80 league goals scored this season is second to none, it is worth noting that only 36.25% of those strikes have come on the road (29). However, the ‘Bavarians’ will be confident of improving that record here, as they take on a side they have scored 2+ goals against in each of their last five top-flight away H2Hs (W5). 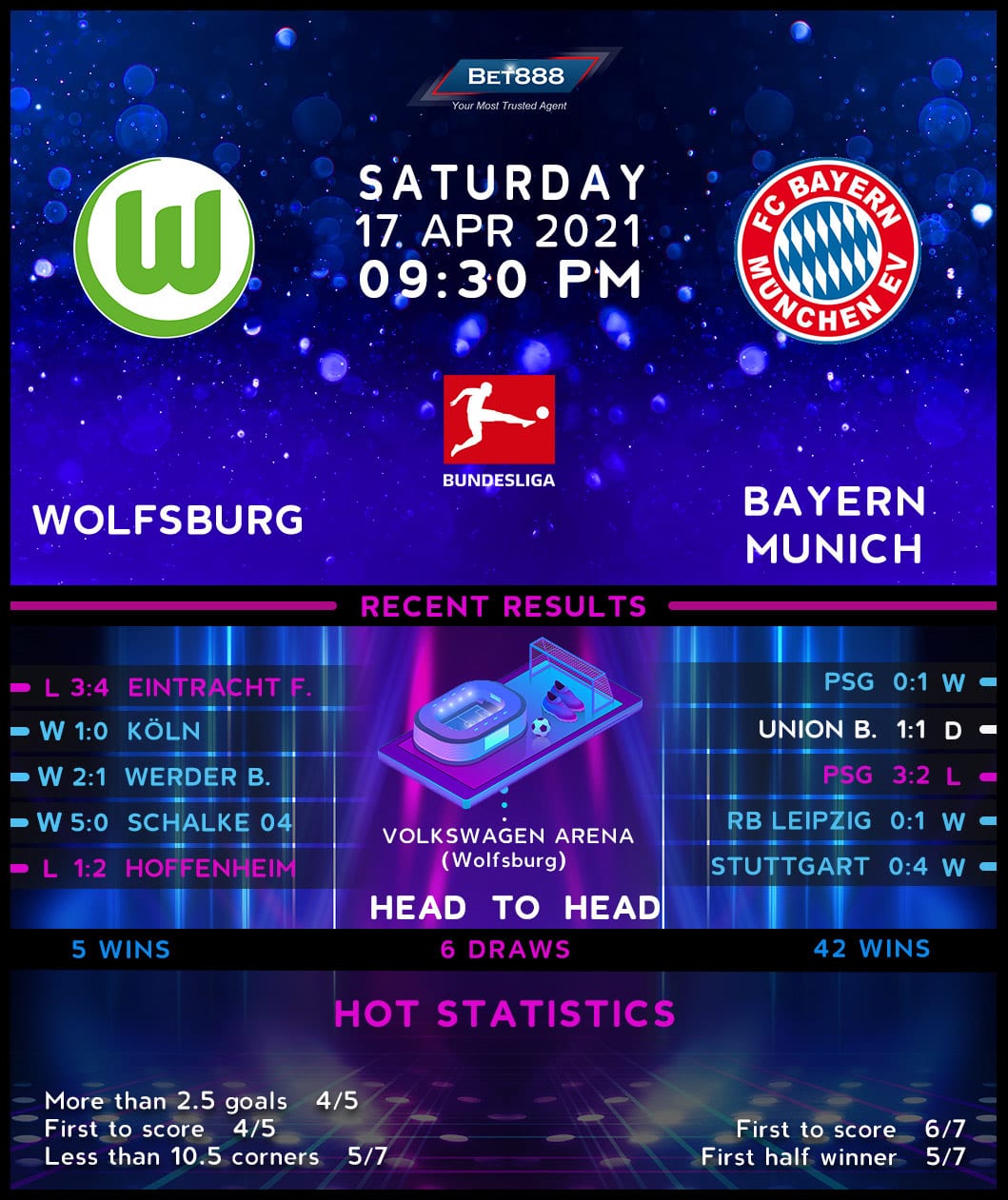