Borussia Dortmund head to the Volkswagen Arena to take on Wolfsburg, looking to pick up all three points and preserve their hopes of landing the top-four Bundesliga finish.

Wolfsburg claimed a comprehensive 3-1 triumph at Stuttgart last time out to snap a two-game losing streak in the Bundesliga and maintain a five-point lead on fifth-placed Borussia Dortmund. A 3-2 defeat at the hands of Bayern Munich in their most recent Bundesliga fixture at the Volkswagen Arena inflicted the first top-flight home reverse on Wolfsburg this season (W9, D4). Before losing to the runaway league leaders, ‘Die Wolfe’ had kept five successive clean sheets in their home Bundesliga outings (W4, D1). Bouncing back will require Wolfsburg to defy their humiliating recent H2H record against Dortmund that has seen them fail to pick up a single win in their last 11 top-flight encounters (D1, L10). At home, Oliver Glasner’s men have lost each of their previous five Bundesliga matches against this opposition, drawing a blank in the last three.

Meanwhile, the visitors have racked up three consecutive Bundesliga victories ahead of this trip, netting 2+ goals on each occasion and accruing a total of nine. Interestingly, each of Dortmund’s last three away league fixtures has seen both teams score at least twice in matches featuring over 1.5 second-half goals. Despite failing to keep a clean sheet in 11 of their previous 12 Bundesliga trips, ‘Die Borussen’ will be confident of doing that here. Indeed, Edin Terzic’s men have registered a shutout in each of their last eight top-flight meetings with Wolfsburg! At the other end of the pitch, Dortmund have often been prolific after the half-time break this season, recording a clear majority (73.33%) of their total away Bundesliga goals scored in the second half (22/30). Notably, 12 of their 15 away league games this term have featured a goal inside the final 15 minutes of play. 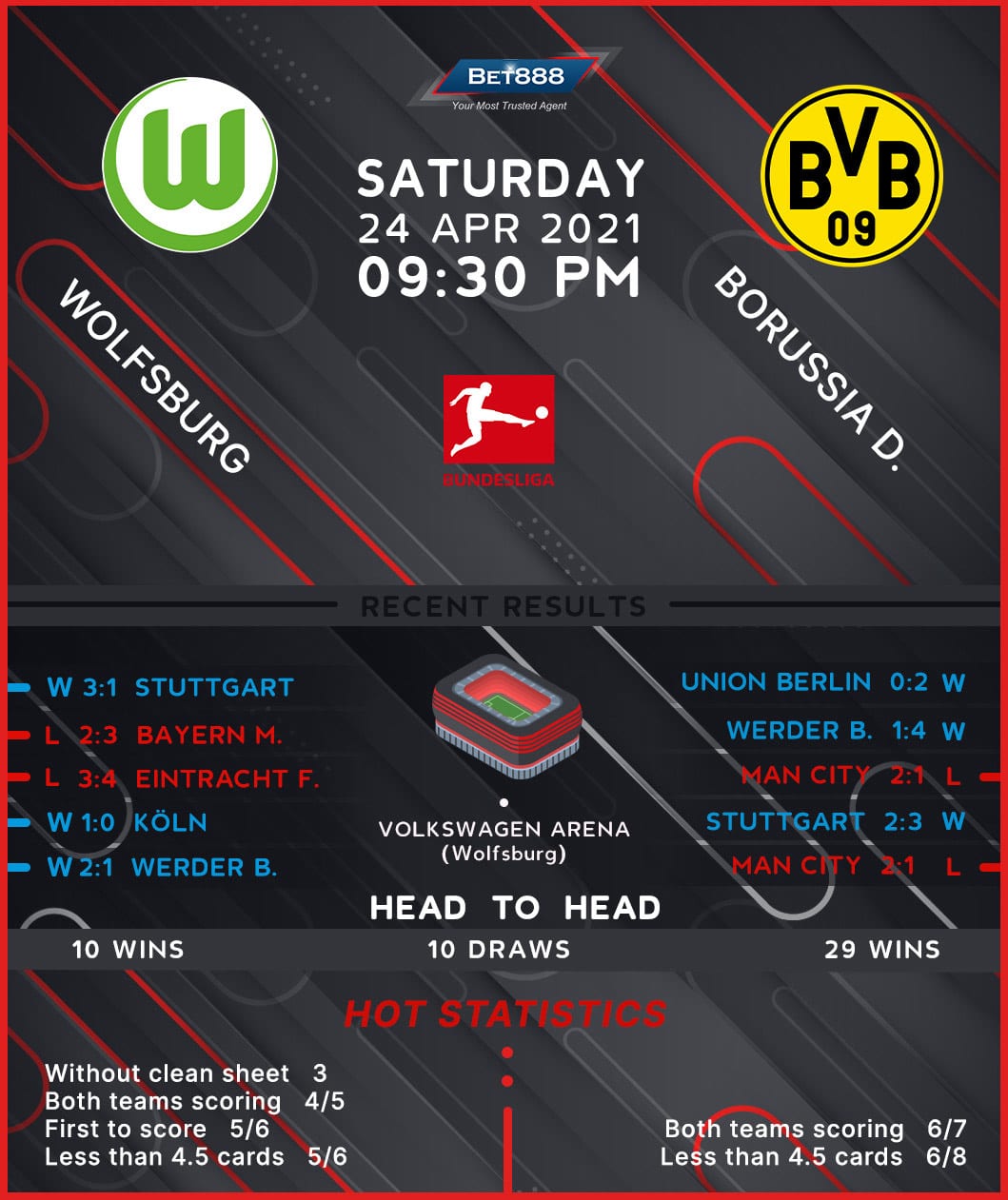