Eintracht Frankfurt travel to the Volkswagen Arena to take on Wolfsburg, looking to post consecutive Bundesliga victories at this stadium for the first time this millennium.

A 2-2 away draw with Koln last time out did bring Wolfsburg’s three-game winning Bundesliga streak to a halt, but the hosts head into this encounter as one of just two sides yet to taste defeat this season (W4, D6). After being held to back-to-back goalless home draws at the beginning of the season, ‘Die Wolfe’ have scored over 1.5 goals per match in their subsequent three home Bundesliga outings to win each of them. Interestingly, they bagged precisely two first-half goals in each fixture across that three-match run. However, Oliver Glasner’s men have netted exactly one goal per game in their four top-flight H2Hs held at this venue, failing to win any of the last three (W1, D1, L2).

Meanwhile, the visitors have not won any of their seven Bundesliga games since beating Hoffenheim 2-1 at the beginning of October, drawing each of the last four (D6, L1). Curiously, each draw during that seven-game sequence saw both teams on the scoresheet, with the previous four witnessing the home side on the day score first. Also, ‘Die Adler’ have failed to pick up the three points away from home since defeating Hertha 3-1 in their first Bundesliga trip of the season (D3, L1), conceding over 1.5 goals on three of those occasions. It will be a daunting prospect for Frankfurt to keep a clean sheet here, as they take on a side they have failed to shut out in each of their last seven top-flight away H2H meetings. 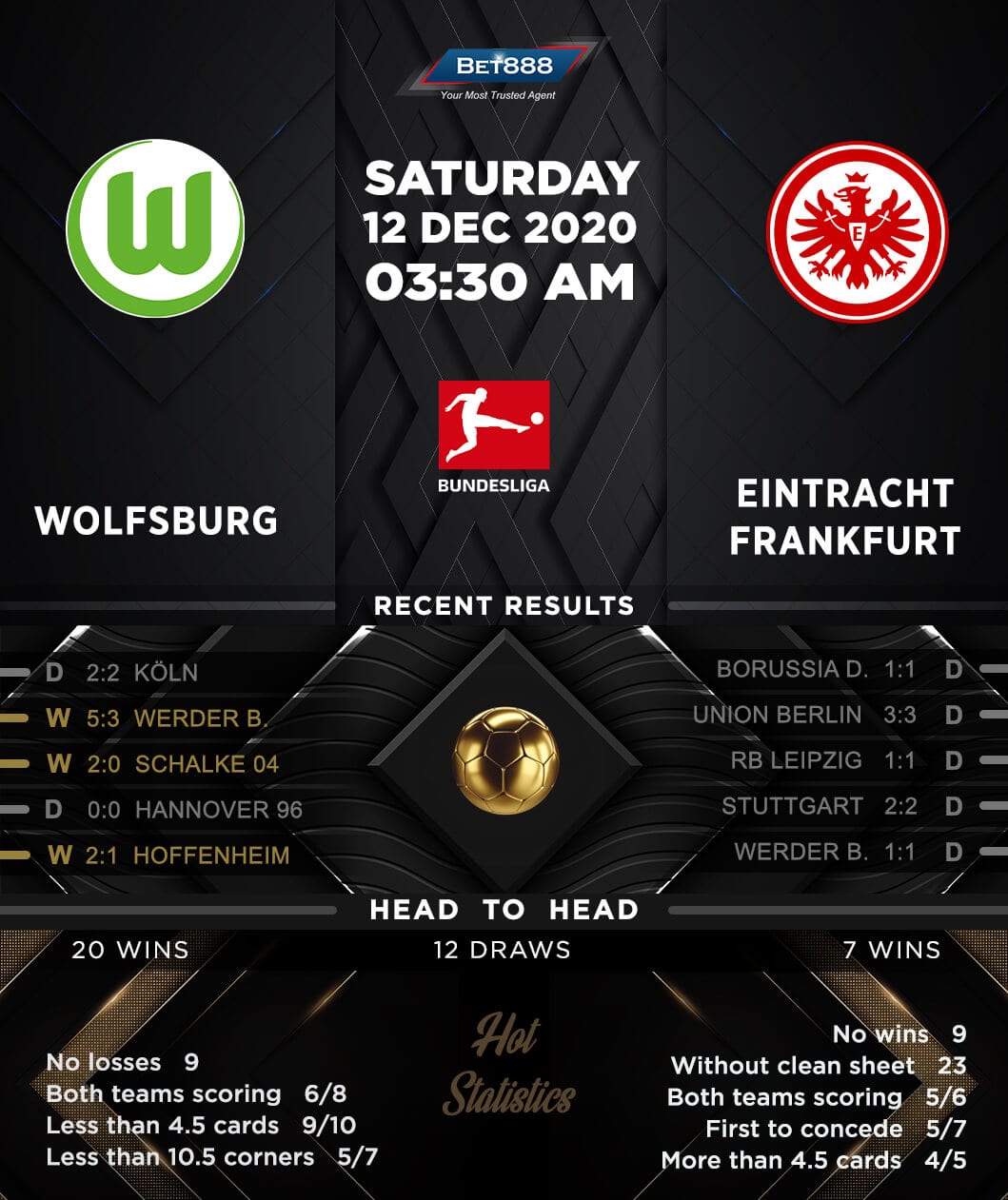