Wolfsburg and Freiburg are set to face off at Volkswagen Arena in an exciting Bundesliga match.

The hosts have enjoyed an upturn in form lately, going from three consecutive Bundesliga games without winning (D2, L1) to back-to-back victories ‘to nil.’ Coming into this fixture, ‘Die Wölfe’ are one of only two sides yet to lose a single Bundesliga match on home soil this season (W5, D3). But, that streak will be on the line against a team they’ve failed to beat in three of their last four top-flight H2Hs as hosts (D1, L2). By extension, Wolfsburg are currently one five-game winless run in the Bundesliga against Freiburg (D3, L2). Curiously, though, Oliver Glasner’s men boast a tremendous ability to dig themselves out of trouble – Wolfsburg have avoided defeat in seven of the eight Bundesliga matches in which they conceded the first goal this season (W2, D5, L1).

Meanwhile, all six of Freiburg’s last Bundesliga games have produced over 2.5 goals, with five seeing both teams score. Additionally, four of their previous five top-flight fixtures have featured over 1.5 first-half goals, with the opening goal in four coming before or on the 7th minute. Notably, the ‘Breisgau-Brasilianer’ have only lost once in their last ten Bundesliga outings (W6, D3), picking up the division second-most points (21) in that timeframe. Worryingly, though, all of Freiburg’s three away league defeats this season have come against the current top-seven sides, yielding a disastrous aggregate score of 1-9. Yet, ahead of the kick-off, Christian Streich’s men have hit the net in 11 consecutive Bundesliga matches, setting the club’s second-best record. 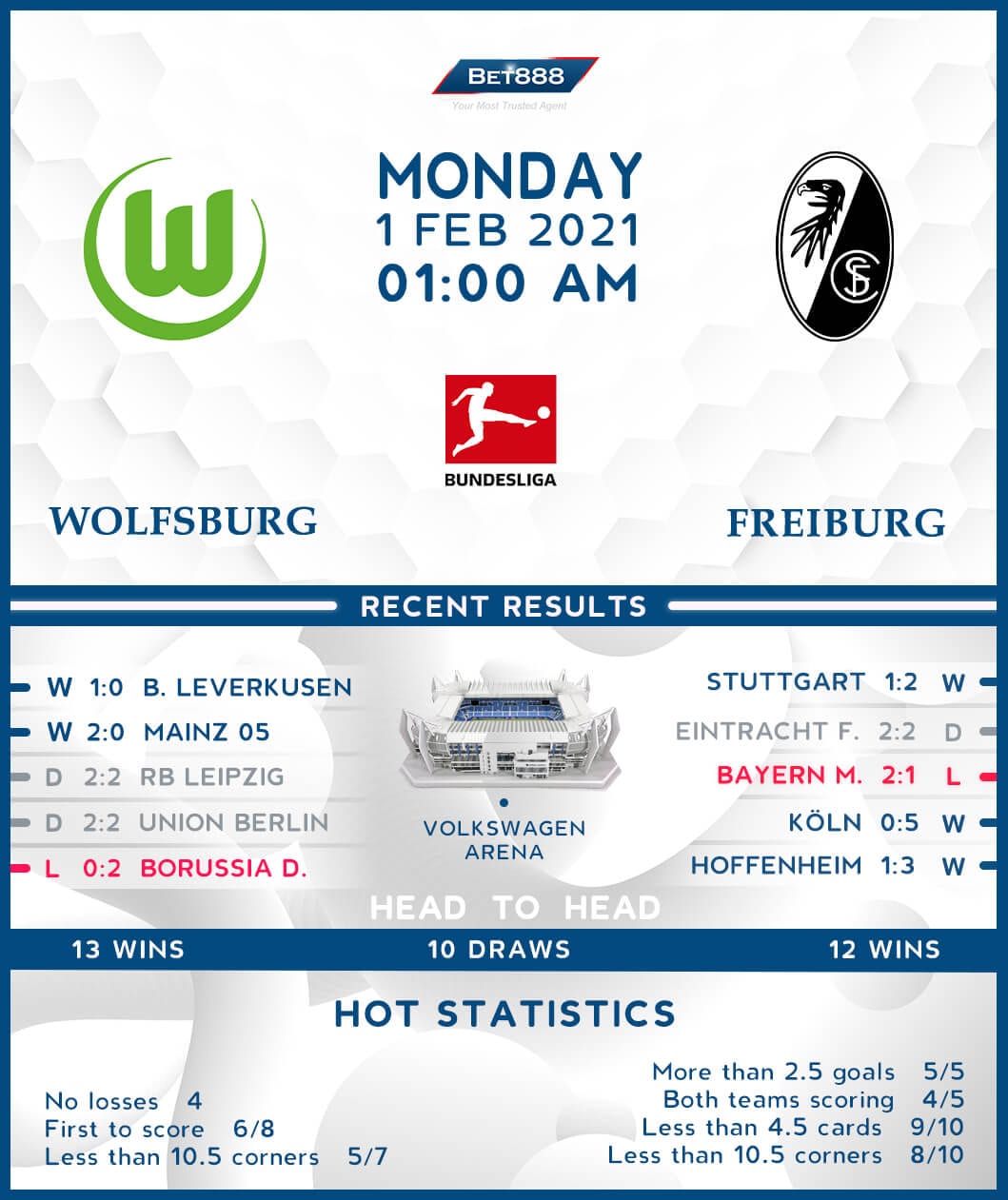