Volkswagen Arena is the venue as Wolfsburg and Mainz 05 go head-to-head in the ultimate round of the 2020/21 Bundesliga season.

Despite losing three of their last six Bundesliga matches (W2, D1), Wolfsburg have qualified for next season’s UEFA Champions League group stage with a game to spare. ‘Die Wolfe’ have suffered two defeats in their last three Bundesliga fixtures at the Volkswagen Arena after going unbeaten in their previous 13 at home in the competition (W9, D4). Despite their recent home wobble, Oliver Glasner’s men have conceded a league joint-low 13 home goals this season, keeping a clean sheet in six of their eight home Bundesliga matches this calendar year. Another shutout is well on the cards here, as Wolfsburg haven’t conceded in five of their last seven Bundesliga meetings with Mainz on home turf. Topically, a 2-0 victory in the reverse fixture back in mid-January means they have kept a blank sheet in five consecutive top-flight games against Mainz.

On the other hand, Mainz have suffered a dip in form ahead of this trip, going from three consecutive Bundesliga victories to three league matches without a win (D2, L1). Away from home, ‘Die Nullfünfer’ have kept a clean sheet in two of their last five Bundesliga matches, one more than they had in their first 11 Bundesliga trips this season. The visitors have registered a majority (64.29%) of their total Bundesliga goals conceded on the road this season in the second half of play (18/28). Notably, though, Bo Svensson’s men are undefeated in seven away league games on the trot (W4, D3), which stands for the club’s longest-ever unbeaten streak in the top flight. By contrast, Mainz have failed to win any of their last seven Bundesliga visits to Wolfsburg (D3, L4), returning a dreadful -13 goal difference from those encounters (GF:2, GA:15). 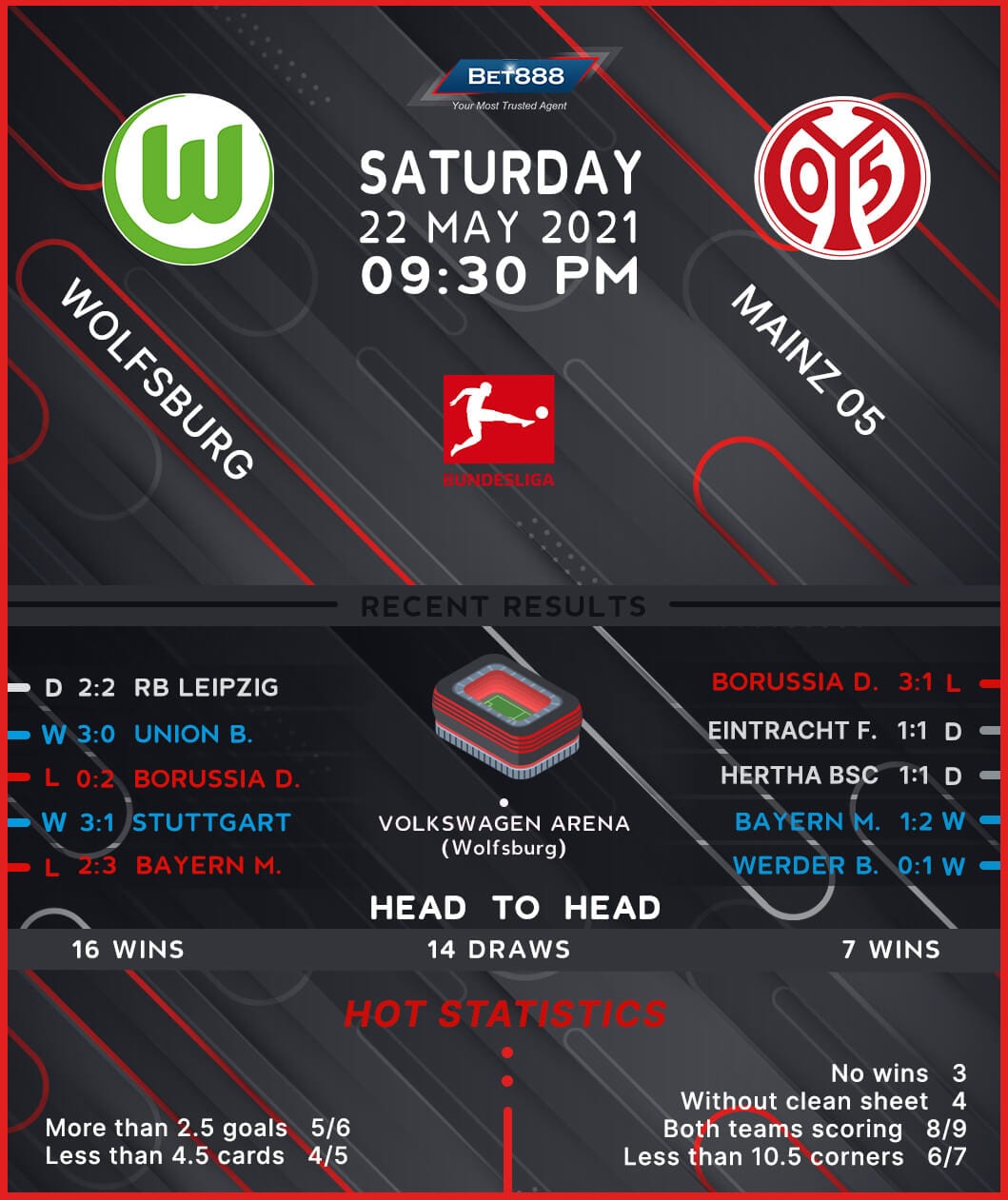