Volkswagen Arena is the venue, as Wolfsburg and Schalke 04 battle it out for a place in the DFB Pokal quarter-finals.

Wolfsburg have enjoyed an upturn in form lately, going from three consecutive matches without winning (D2, L1) to three victories in a row without conceding. Ahead of the kick-off, they have been a nuisance in the final third, scoring 2+ goals per game in four of their last five fixtures. Notably, ‘Die Wölfe’ have yet to lose at home this season (GP:12 – W8, D4), scoring over 1.5 goals in 66.67% of their competitive home outings so far while keeping a clean sheet in 58.33% of them. Having that said, it may come as some surprise that they’ve conceded the opening goal in three of their last six competitive home fixtures. However, Oliver Glasner’s men have only won one of their last four competitive home meetings with Schalke (D1, L2), letting in precisely once per game on each occasion.

On the other hand, the recent H2H record at the Volkswagen Arena is the only encouragement Schalke can get ahead of this fixture. Indeed, they head into this clash on the back of a four-game winless run (D1, L3), scoring only three goals while conceding ten in return in that time. Away from home, ‘Die Königsblauen’ have failed to beat a single top-flight opponent this season (GP:9 – D3, L6). Frustratingly, Christian Gross’ men have returned a disastrous -23 goal difference from such contests (GF:7, GA:30). Additionally, they have only opened the scoring once in their nine trips to top-flight venues this term. In fact, Schalke’s only road successes this season have come in the DFB Pokal, seeing them outscore lower-league sides Schweinfurt and Ulm by an aggregate score of 7-2. 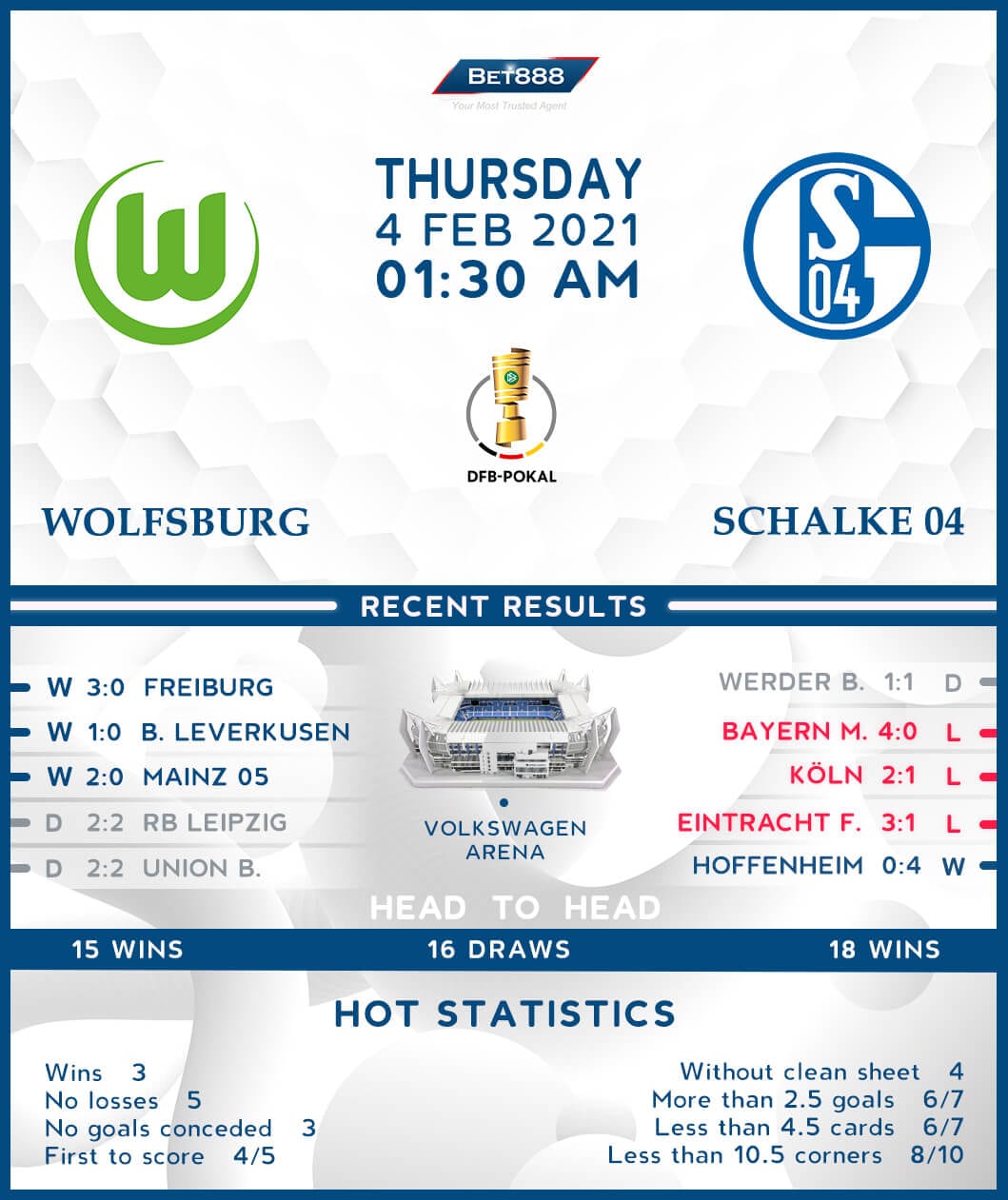