Two sides that have had identical returns from their last two Bundesliga outings (W1, L1) will lock horns at the Volkswagen Arena as Wolfsburg take on Union Berlin.

Since being held to a scoreless home stalemate to Borussia Monchengladbach on Matchday 21, Wolfsburg have not drawn any of their subsequent ten Bundesliga fixtures (W6, L4). Curiously, nine of the ten matches won/lost during that stretch saw the victor pick up a first-half lead. However, ‘Die Wolfe’ have lost three of their last four Bundesliga games (W1), as many defeats as they had in their previous 27 in the competition (W15, D9, L3). Having suffered back-to-back home losses, Wolfsburg face the prospect of losing three home Bundesliga matches in a row for the first time since 2018. Oliver Glasner’s men can draw confidence from the fact they have never lost a top-flight meeting with Union Berlin (W1, D2), with each of the last two yielding the identical 2-2 scoreline.

On the other hand, the visitors have enjoyed a slight upturn in form heading into this encounter, having won twice in their last three Bundesliga games (L1), as many victories as they managed in their previous 12 in the competition (W2, D6, L4). Union Berlin have established themselves as a somewhat ‘stalemate specialists’ this term, having drawn the league-highest 41.94% of their Bundesliga matches so far (13/31). On the road, ‘Die Eisernen’ have alternated draw (2) and defeat (2) across their last four Bundesliga fixtures since winning 1-0 at Freiburg in mid-February. Worryingly, Urs Fischer’s men have never won an away top-flight match against sides starting the day inside the top three in the table (D1, L3). Conceding first may well end Union’s hopes of winning here, considering they’ve surrendered the points in 75% of the away Bundesliga games in which they fell behind this season (GP8 – D2, L6). 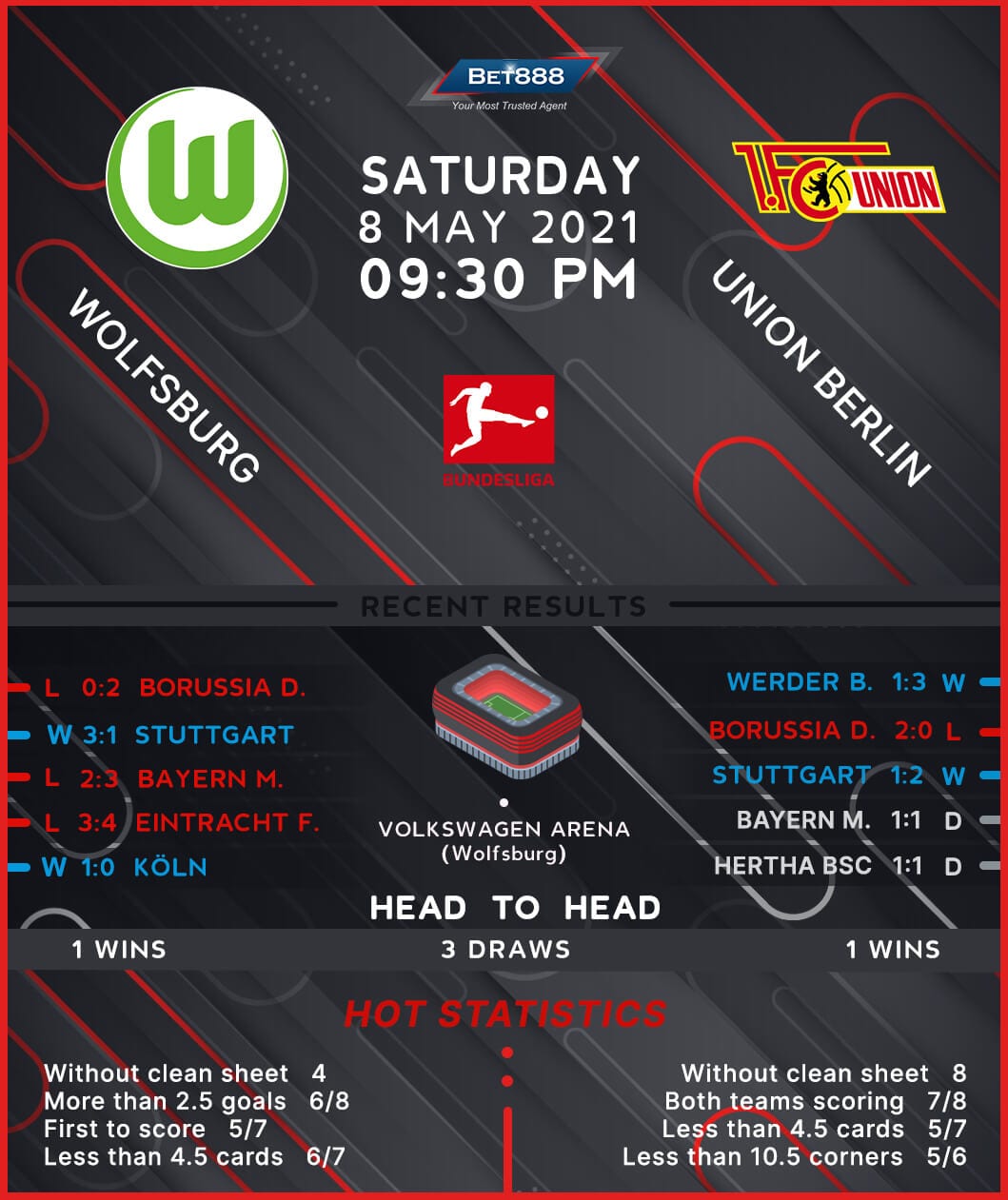