Wolverhampton Wanderers will be looking to secure back-to-back Premier League wins for only the third time this season when they take on basement boys Sheffield United at Molineux this weekend.

Wolverhampton’s 1-0 win at Fulham last time out ended a run of five Premier League games without a win (D2, L3). However, Wolves’ struggle in front of goal continued, as they’ve now scored under 1.5 goals in six of their last seven league outings, with five of their six strikes in that sequence coming beyond the 60th minute. Indeed, Nuno Espirito Santo’s men have managed a modest average of 1.00 goal scored per Premier League game this season, netting 2+ goals in just 29.03% of their top-flight outings so far (9/31). The ‘Wanderers’ have suffered back-to-back Premier League defeats at Molineux warming up for this encounter, last losing three in a row at home in November 2018. Encouragingly, though, the hosts have ended up on the losing side in just two of their previous 13 league H2Hs at home (W6, D6).

Meanwhile, a 3-0 home loss to Arsenal last time out stretched Sheffield United’s losing run in the Premier League to four matches, putting an end to their hopes of avoiding relegation this season. Indeed, the ‘Blades’ take the field after winning just 12.9% of their Premier League fixtures this season (4/31), scoring a league-low 17 goals in the process. In fact, Paul Heckingbottom’s men remain the only side yet to smash a 20-goal barrier in the Premier League this term (17), having netted under 1.5 goals in 29 of their last 31 away league games, last season included. In 2020/21 alone, Sheffield have bagged the division-low seven road goals on a miserly average of 0.46 goals per away match, scoring twice in just one Premier League trips so far, courtesy of a 2-1 win at Manchester United in January. 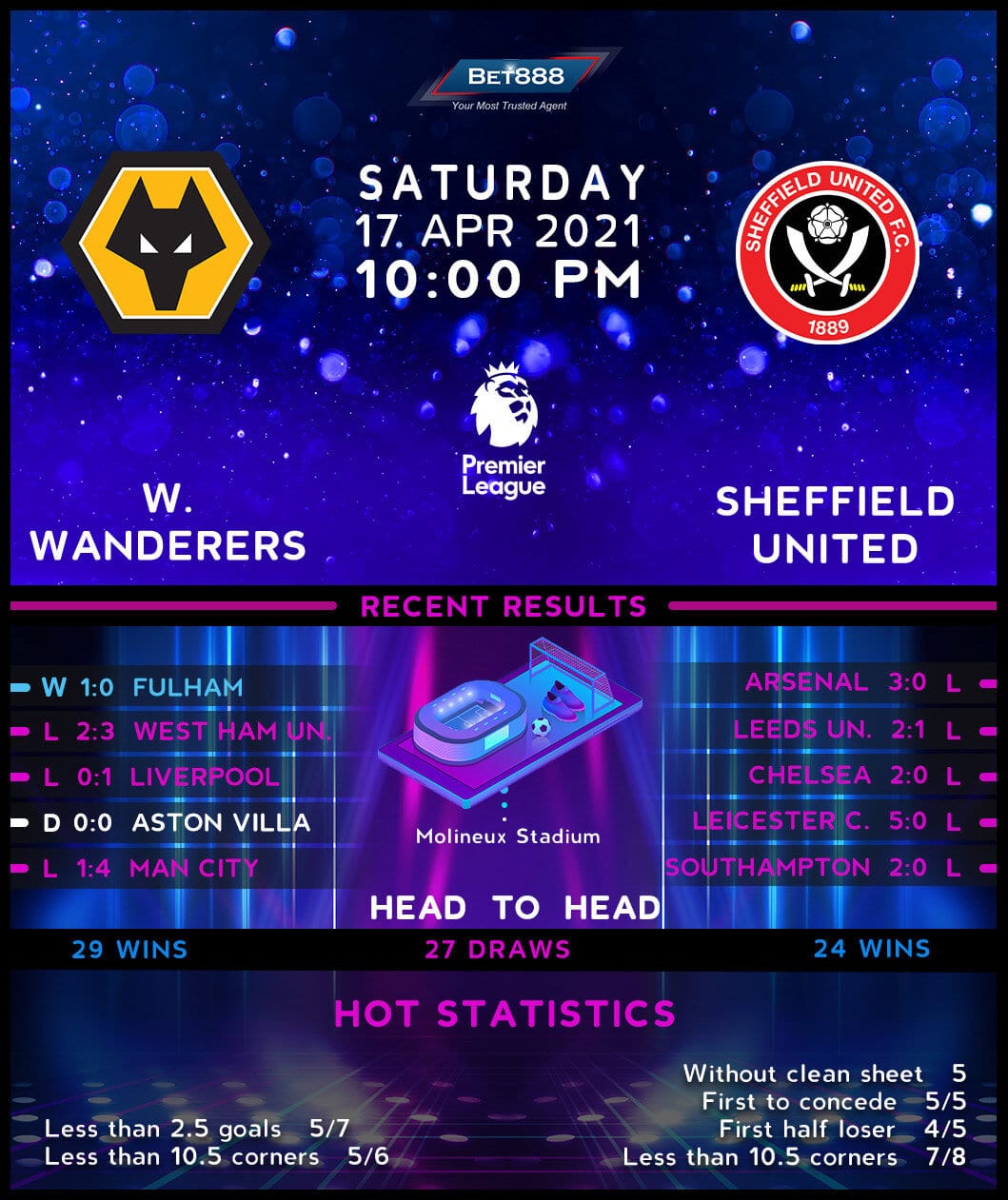