Out-of-sorts Wolverhampton Wanderers will be desperate to return to winning ways in the Premier League when they face in-form Arsenal at Molineux Stadium this midweek.

A dismal 1-0 away defeat at Crystal Palace last time out saw Wolverhampton’s Premier League misery continue, as they take the field after failing to win any of their previous eight league matches (D3, L5). Additionally, Wolves have drawn a blank in their last two league games, a sequence seeing them produce just four shots on target combined. Back-to-back single-goal losses on home soil add insult to injury, meaning that eight of their last nine Premier League home fixtures have seen the sides separated at full-time by under 1.5 goals (W3, D3, L3). Moreover, Nuno Espirito Santo’s men have established a habit of falling behind without recovering, surrendering the points in 71.43% of the Premier League matches in which they conceded the first goal this campaign (GP:14 – W1, D3, L10).

Meanwhile, Arsenal are unbeaten in seven Premier League matches on the bounce (W5, D2), though they head into this encounter on the back of a goalless home draw with Manchester United. Notably, the ‘Gunners’ have kept a clean sheet in five of their last six Premier League matches after failing to do so in six consecutive such outings beforehand. Curiously, none of Arsenal’s previous five away league games have ended in a draw (W3, L2), which has also not been the case in any of their six top-flight trips to Wolverhampton this millennium (W5, L1). Mikel Arteta’s men will have to avoid conceding the opening goal to keep their hopes of winning alive, though, knowing they have lost 77.78% of the Premier League fixtures in which they shipped the opener this season (GP:9 – W1, D1, L7). 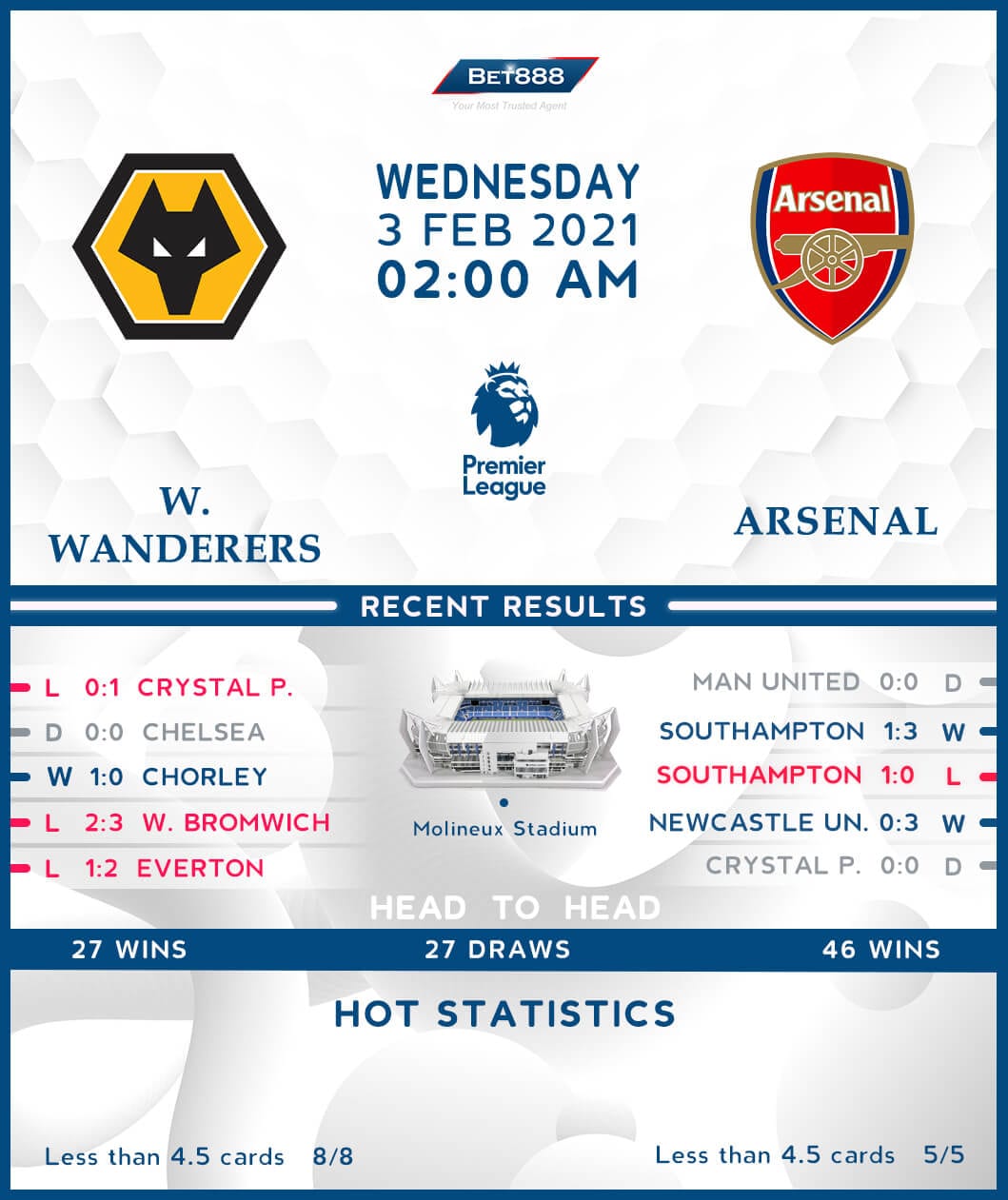