Form has been indifferent for Wolverhampton of late (W2, D2, L2), as they head into this fixture on the back of a 4-0 away loss to Liverpool. The ‘Wanderers’ have been alternating between a win and a draw in four Premier League home games since losing 3-1 to Manchester City on Matchday 1 (W2, L2), with each featuring under 2.5 total goals. Yet, the hosts have won three of their last competitive H2Hs held at this venue, with two of those victories coming by a single-goal margin. For Wolves, goals have been in short supply this season, as evidenced by the fact they have netted under 1.5 goals in eight of their opening 11 Premier League matches. Indeed, no team sitting in the upper half of the table has scored fewer league goals than Nuno Espirito Santo’s men (11).

Meanwhile, a 2-1 away defeat to West Ham United last time out means the visitors enter this round as one of just two teams yet to draw a Premier League match this season (W5, L4). However, all of their four league losses has come in their last five outings, with each seeing Aston Villa concede over 1.5 goals. Curiously, though, before the abovementioned defeat at the hands of West Ham, the ‘Lions’ had won three consecutive away Premier League fixtures without conceding once. Dean Smith’s men have developed a habit of falling behind without recovering, as they have lost each league game in which they shipped the opener. 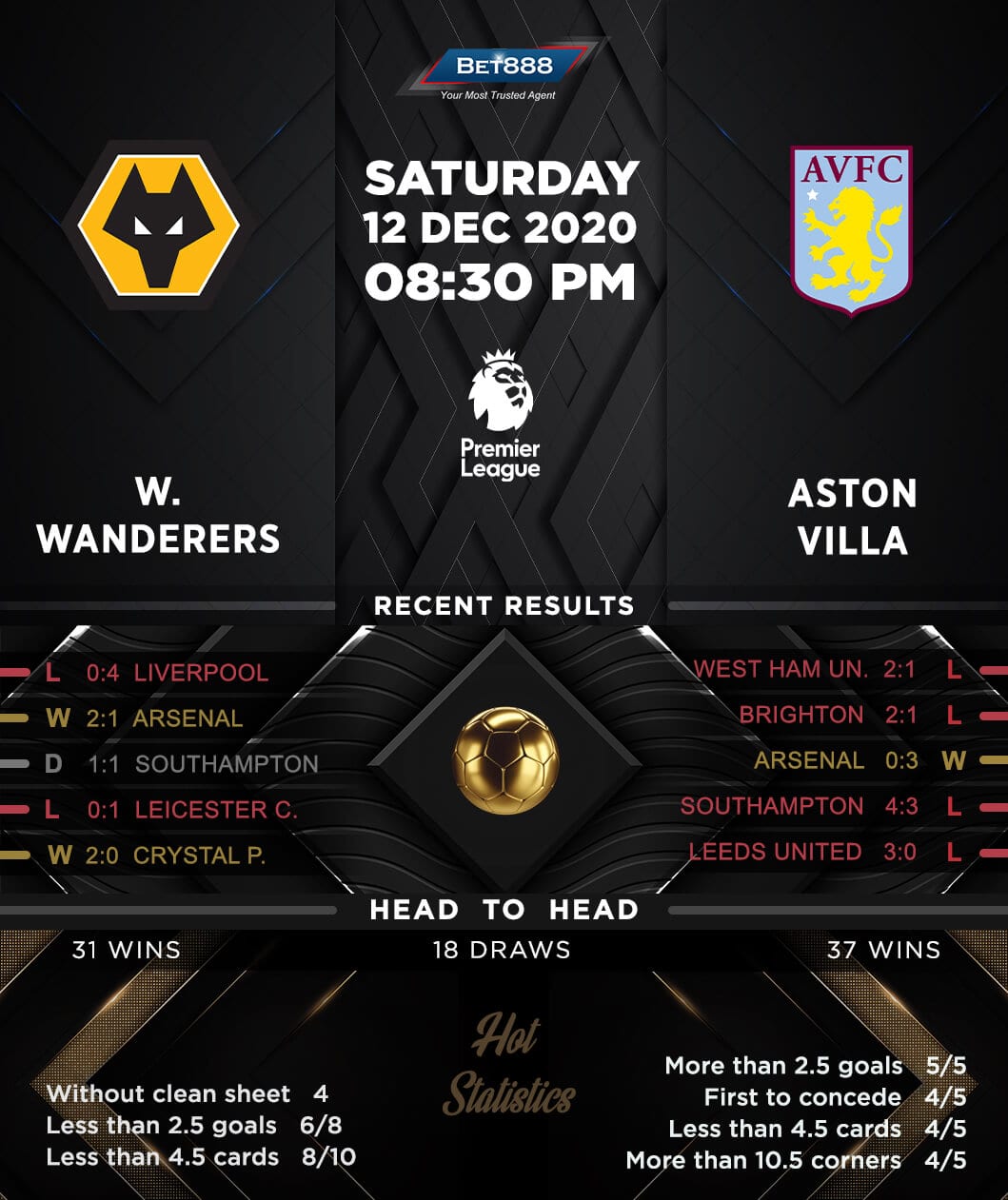