Wolves have gone from back-to-back Premier League defeats to two consecutive league victories, with three of the four games (won/lost) in this sequence yielding the identical 1-0 scoreline. Despite the recent upturn in form, Nuno Espirito Santo’s men continue to struggle in the front third, having netted under 1.5 goals in eight of their last nine Premier League outings. Only Burnley (26) have scored fewer league goals than Wolverhampton (32) among the sides currently sitting outside the drop zone. Interestingly, though, the ‘Wanderers’ remain the only team in the Premier League yet to lose a top-flight match in which they’ve got on the scoresheet first this season (GP9 – W8, D1). Wolves’ Premier League record at home this term is perfectly balanced (W6, D4, L6), with the hosts scoring and conceding precisely 18 goals apiece.

Meanwhile, since a 2-1 win at Everton on Matchday 28, the visitors have suffered three consecutive Premier League defeats despite finding the opening goal twice in that spread of games. The ‘Clarets’ have dropped 13 points from winning positions this season, last surrendering more such points in 2016/17. Furthermore, Sean Dyche’s men have lost all seven of their away league fixtures in which they conceded the opening goal this term. None of Burnley’s last nine Premier League matches on the road have ended level (W3, L9) since a goalless draw at Aston Villa on Matchday 13, with two-thirds of those results (win/loss) seeing the victor keep a clean sheet. Following a 2-1 win at Turf Moor in the reverse fixture, Burnley are looking to claim a league double over Wolves for the first time since 2012-/3. 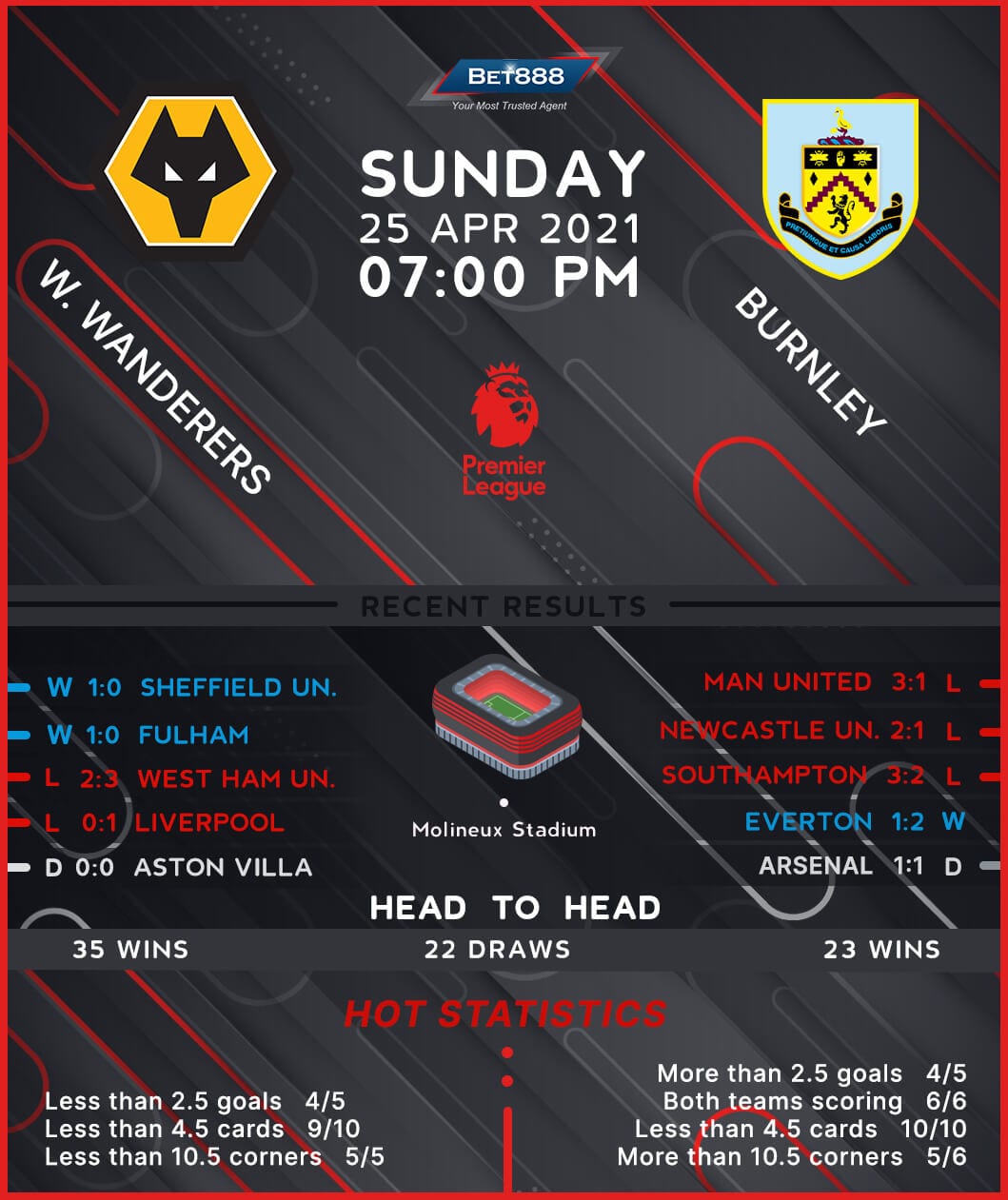