The two sides coming from a disappointing weekend will lock horns at Molineux Stadium, as Wolverhampton Wanderers and Chelsea meet in an exciting Premier League encounter.

Aston Villa inflicted a second consecutive Premier League defeat on Wolverhampton, picking up a 1-0 triumph at this stadium a few days ago. Indeed, Wolves continue to struggle in front of goal, as they’ve now failed to find the net in three of their last five league outings. Furthermore, in the Premier League, Nuno Espirito Santo’s men have netted under 1.5 goals in five of six home matches, scoring only two first-half goals across this same run. So it is not strange that five of their previous home Premier League games have featured under 2.5 total goals, four of which yielded a goalless half-time score. Late action is, however, well on the cards, especially considering Wolverhampton have conceded at least one goal beyond the 75th minute in three of their six top-flight home matches while scoring in that same timeframe on two of those occasions.

Chelsea’s nine-game unbeaten Premier League run was brought to a halt last weekend (W5, D4) as Everton ran out 1-0 winner at Goodison Park. It now means that each of Chelsea’s four previous away league matches has seen one or both sides fail to get on the scoresheet (W2, D1, L1). The ‘Blues’ often tend to put the foot on the gas after half-time, as evidenced by the fact that eight (72.73%) of their total 11 away league goals scored have come in the second half of play. Having that said, it may come as some surprise that only one of their six away Premier League fixtures this season has seen a goal scored beyond the 75-minute mark. At the other end of the pitch, the vast majority (80%) of Chelsea’s league goals conceded on the road has come before the half-time whistle (4/5). 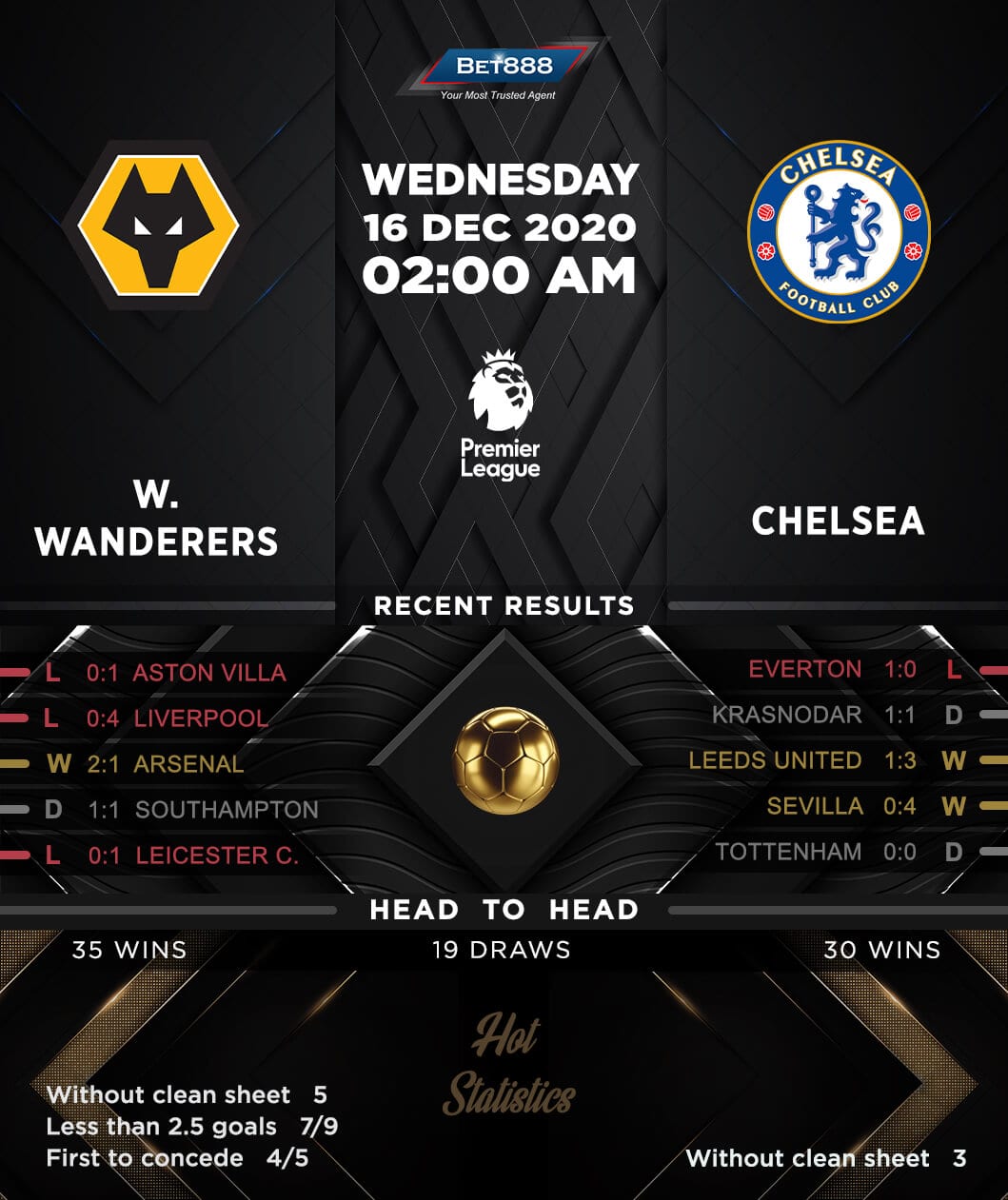