After enjoying a successful FA Cup weekend, Wolverhampton Wanderers and Everton will lock horns at Molineux Stadium in the Premier League showdown.

Wolves have been alternating between a draw and a loss across their last four Premier League games (D2, L2), though they did secure a narrow 1-0 win over Crystal Palace in the FA Cup this past weekend. Scoring has been an issue for the ‘Wanderers,’ nonetheless, as they’ve drawn a blank in the first half across eight of their last ten Premier League matches, netting under 1.5 total goals in seven of them. On the flip side, however, Nuno Espirito Santo’s men have bagged two or more goals in each of their four previous top-flight meetings with Everton (W2, D1, L1). Worryingly, though, Wolverhampton have not kept a clean sheet in any of their last ten Premier League outings, conceding the opening goal in nine of those fixtures.

As for the visitors, they were knocked down from a four-game winning Premier League run with a disappointing 1-0 home loss to West Ham in their first league match this calendar year. However, Everton have avoided defeat in their last four away league fixtures (W3, D1) since losing 2-1 to Newcastle United in November, winning both previous such contests ‘to nil.’ Indeed, Carlo Ancelotti’s men seem to have managed to shore up their defensive woes lately, conceding only four goals across their last seven Premier League matches after letting in at least two per game six times in a row beforehand. Interestingly, the ‘Toffees’ have kept a clean sheet in three of their six previous top-flight trips to Wolverhampton while conceding over 1.5 goals in the other three. 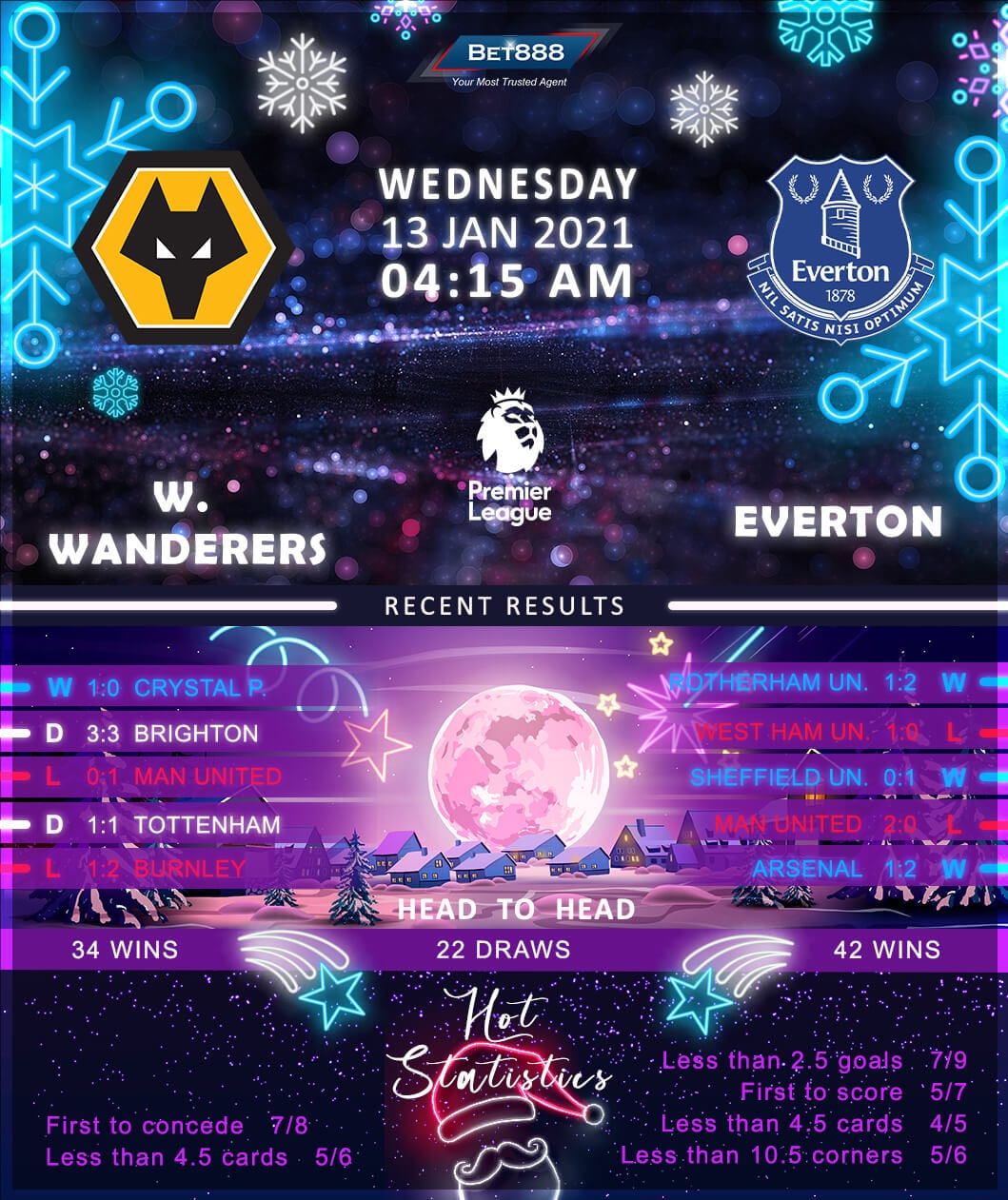