Wolverhampton Wanderers will be looking to post consecutive Premier League victories for only the second time this Premier League season when they meet Leeds United at Molineux Stadium.

Wolverhampton performed a stunning second-half comeback to beat Southampton 2-1 on the road last weekend, extending their unbeaten run in the Premier League to three games (W2, D1). However, Nuno Espirito Santo’s men have only won one of their last five Premier League home matches (D2, L2), with four of those fixtures seeing both teams on the scoresheet. None of their previous four competitive H2Hs as hosts have ended level (W2, L2), with three of those games seeing over 3.5 goals and both sides on the scoresheet. Worryingly, though, a lack of firepower up front continues to trouble Wolves, as witnessed by the fact they’ve failed to find the net in four of their last six outings in all competitions. Topically, only Burnley (17) of all teams sitting outside the relegation zone have scored fewer goals than the ‘Wanderers’ (25) this Premier League campaign.

Meanwhile, Leeds suffered a 4-2 away loss at Arsenal at the weekend, which now means none of their last 14 Premier League fixtures have ended in a draw (W7, L7). Coming into this matchday, the ‘Whites’ remain the only team yet to draw a Premier League match away from home this season (GP:12 – W6, L6), with the side to open the scoring going on to win 83.33% of those games. Given Marcelo Bielsa’s ‘all-out-attack’ approach, it comes as no surprise that four of Leeds’ previous five league fixtures have witnessed both teams scoring in matches garnering 3+ total goals. Plenty of early action is also well on the cards, as six of their last seven Premier League games have seen the opener scored within 20 minutes of play, subsequently producing 2+ first-half goals. 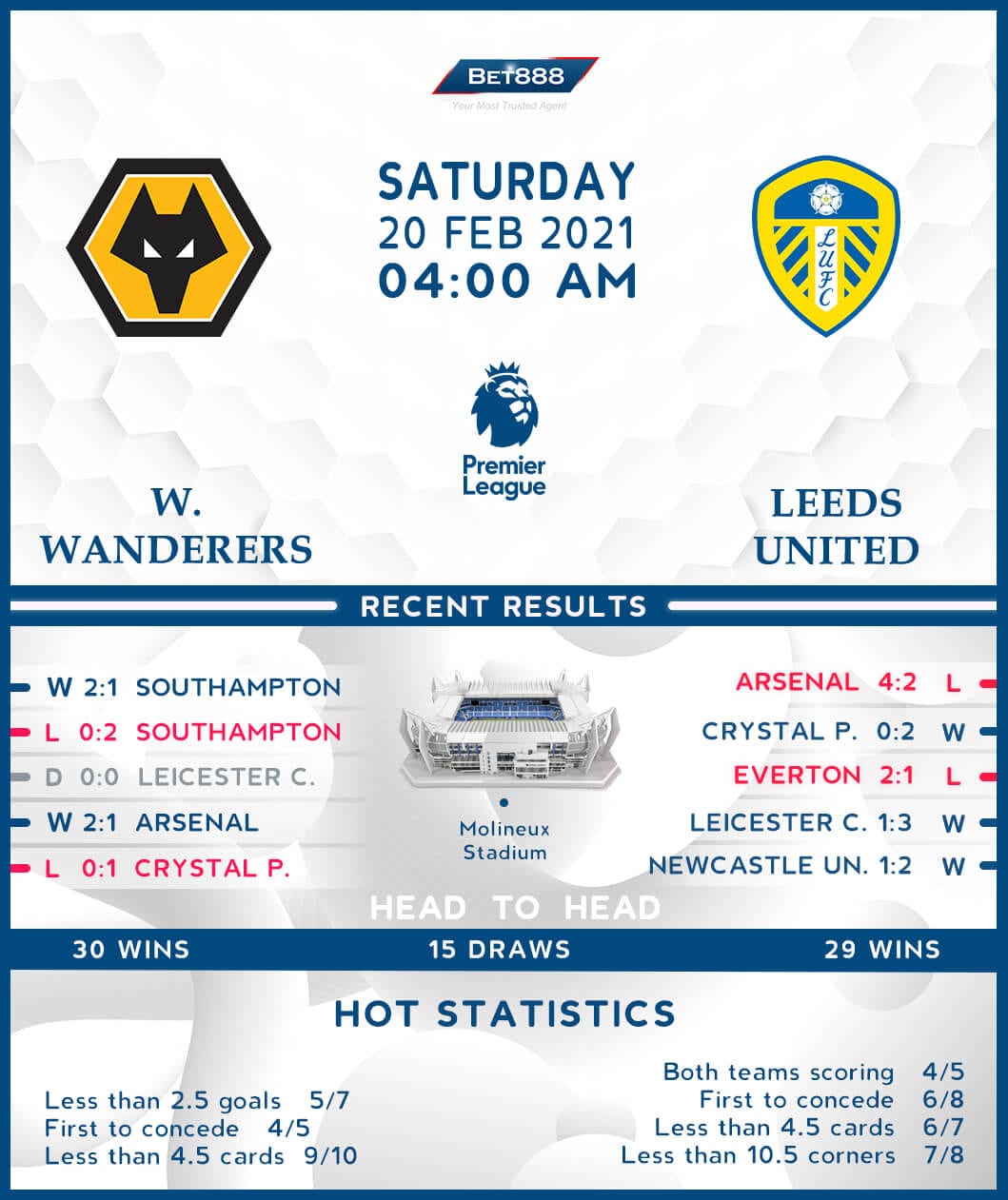