A 2-1 home triumph against Arsenal last time out saw Wolverhampton win in the Premier League for the first time after eight attempts (D3, L5), a sequence that leaves them stuck in the bottom half of the table. Thanks to the abovementioned success against the ‘Gunners,’ Nuno Espirito Santo’s men are now in a position to claim back-to-back Premier League wins at home for the first time this season. Molineux has been a venue of entertainment lately, as each of Wolves’ last five Premier League games here has seen both teams on the scoresheet, with four of them producing over 2.5 goals. Against this backdrop, the last three top-flight meetings between Wolves and Leicester have seen one or both sides fail to score in the matches garnering under 1.5 total goals (D2, L1).

Meanwhile, Leicester have only lost once in their last nine Premier League outings (W5, D3), with four of their five wins in that nine-match sequence yielding the identical 2-0 scoreline. Additionally, the ‘Foxes’ have racked up a six-game unbeaten Premier League streak away from home (W4, D2) since suffering a 3-0 defeat at Liverpool on Matchday 9, scoring precisely two goals in each victory. Far more dangerous after half-time, Brendan Rodgers’ men have registered a clear majority (69.57%) of their total Premier League goals scored on the road this season in the second half of play (16/23). However, Leicester now take on a formidable adversary they’ve only managed to beat twice in their last 19 meetings in all competitions (D7, L10). Topically, they’ve failed to win any of their previous five competitive trips to Wolves (D3, L2), if considering only 90 minutes of play. 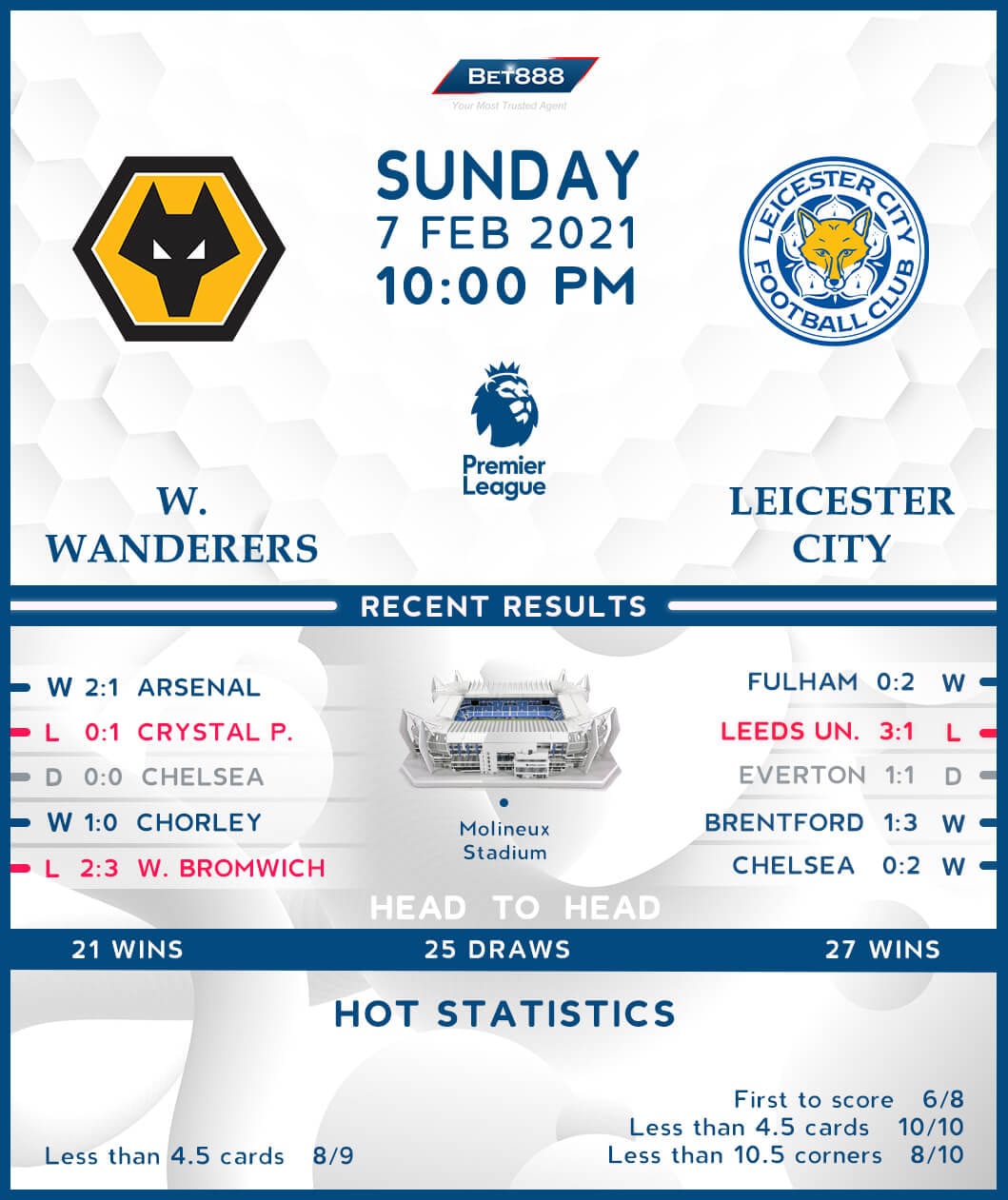