Wolverhampton Wanderers and Manchester United go head-to-head at Molineux Stadium in the final round of the 2020/21 Premier League season.

Following back-to-back Premier League games without a defeat (W1, D1), Wolverhampton have lost their last two league matches without scoring. In fact, of all teams sitting outside the relegation territory, only Burnley (33) have netted fewer Premier League goals than Wolves (35) this season. Though a slight majority (57.14%) of their strikes arrived at Molineux, the ‘Wanderers’ remain a league second-worst home attack if counting the sides outside the drop zone. Excluding relegated clubs, no team has netted fewer first-half goals at home than Wolves (7) so far this season. Nuno Espirito Santo’s men have won just one of their last seven Premier League meetings with Manchester United (D3, L3), courtesy of a 2-1 victory at Molineux in April 2019. Since the turn of 2020, they have drawn a blank in all four competitive fixtures against United (D2, L2).

In the meantime, the ‘Red Devils’ have gone winless in their last three Premier League matches (D1, L2) since a 3-1 away win against Aston Villa. However, Manchester United could become only the third different team to avoid defeat away from home across an entire English top-flight campaign, having won 11 of their 18 Premier League trips this season (D7). Ole Gunnar Solskjaer’s men have displayed tremendous character this season to win more points from losing positions than any other side in the Premier League (31). Remarkably, the visitors have racked up nine victories in ten away league matches in which they conceded first in 2020/21 (D1). Based on that, it comes as no surprise that 69.7% of Man United’s away Premier League goals scored this season have come in the second half of play (23/33). 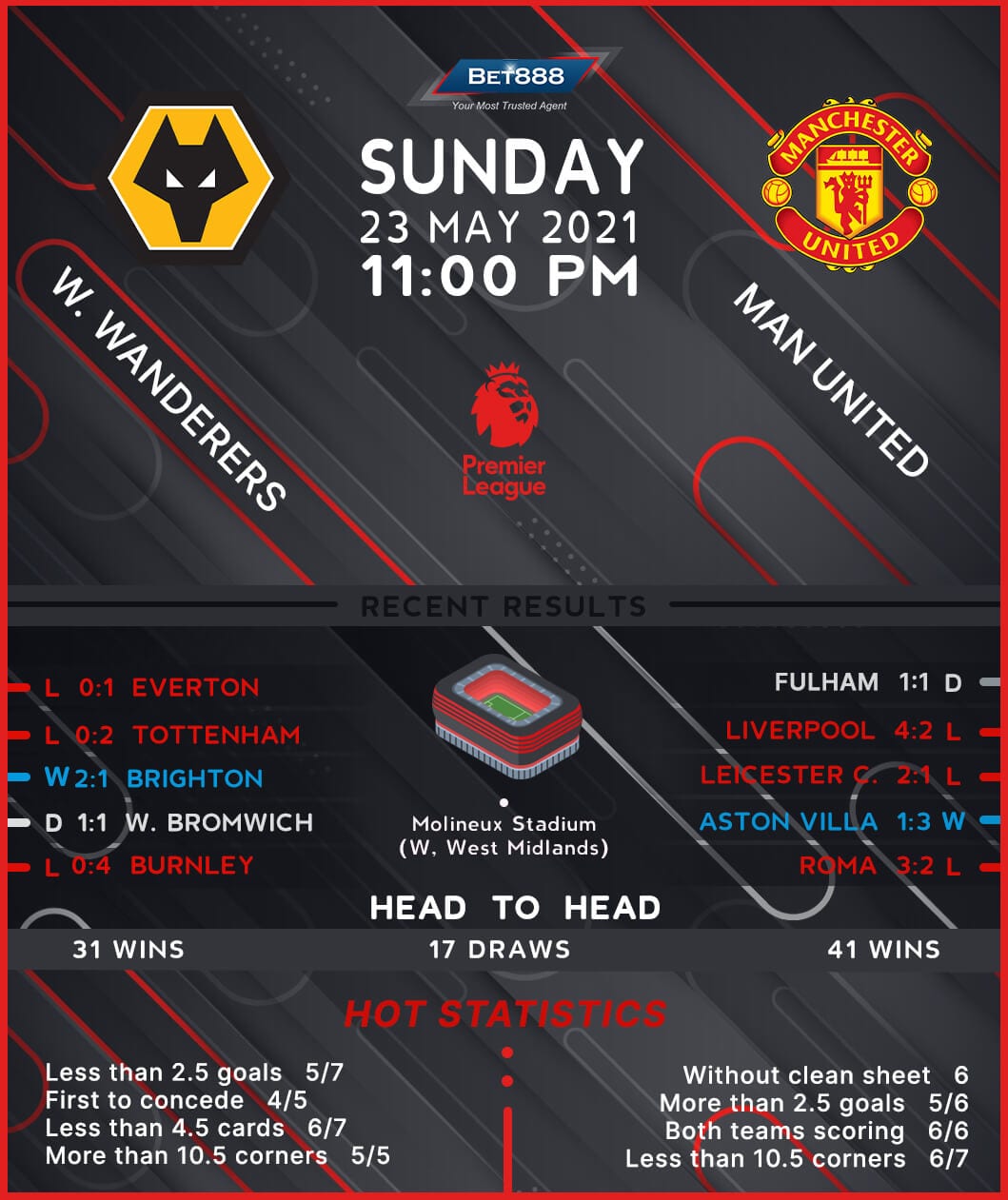