Wolverhampton Wanderers will be looking to secure back-to-back Premier League victories over Tottenham Hotspur for the first time since the 2009/10 campaign when the two clubs meet at Molineux Stadium.

None of Wolverhampton’s last five Premier League games has ended in a draw (W2, L3), though they did succumb to a 2-1 loss to Burnley last time out. Five of their six previous home league fixtures have ended separating the sides by under 1.5 goals (W3, D2, L1), with Nuno Espirito Santo’s men conceding the opener in the last three. Wolves’ hopes of winning here will hinge on whether or not they can find the opening goal. Indeed, since returning to the top-flight, they have won 17 out of 19 Premier League home matches in which they scored the first goal, drawing the remaining two. It could be a daunting task, though, knowing the ‘Wanderers’ have netted a league joint-low two first-half goals at home this term.

Meanwhile, Tottenham have suffered a dip in form lately, going from an impressive 11-game undefeated Premier League run (W7, D4) to back-to-back league losses, both of which saw them concede precisely once in both halves. What’s more, Jose Mourinho’s men have failed to win any of their last three away Premier League games (D2, L1) after prevailing in four consecutive such contests at the beginning of the season. Against this backdrop, the ‘Spurs’ have run out winners in each of their three previous top-flight trips to Molineux, scoring at least twice on each occasion. Curiously, the Londoners have been dependent on the likes of Son Heung-min (11) and Harry Kane (9) to shoulder the goal-scoring burden this term, with this duo striking a clear majority (80%) of Tottenham’s Premier League goals so far (20/25). 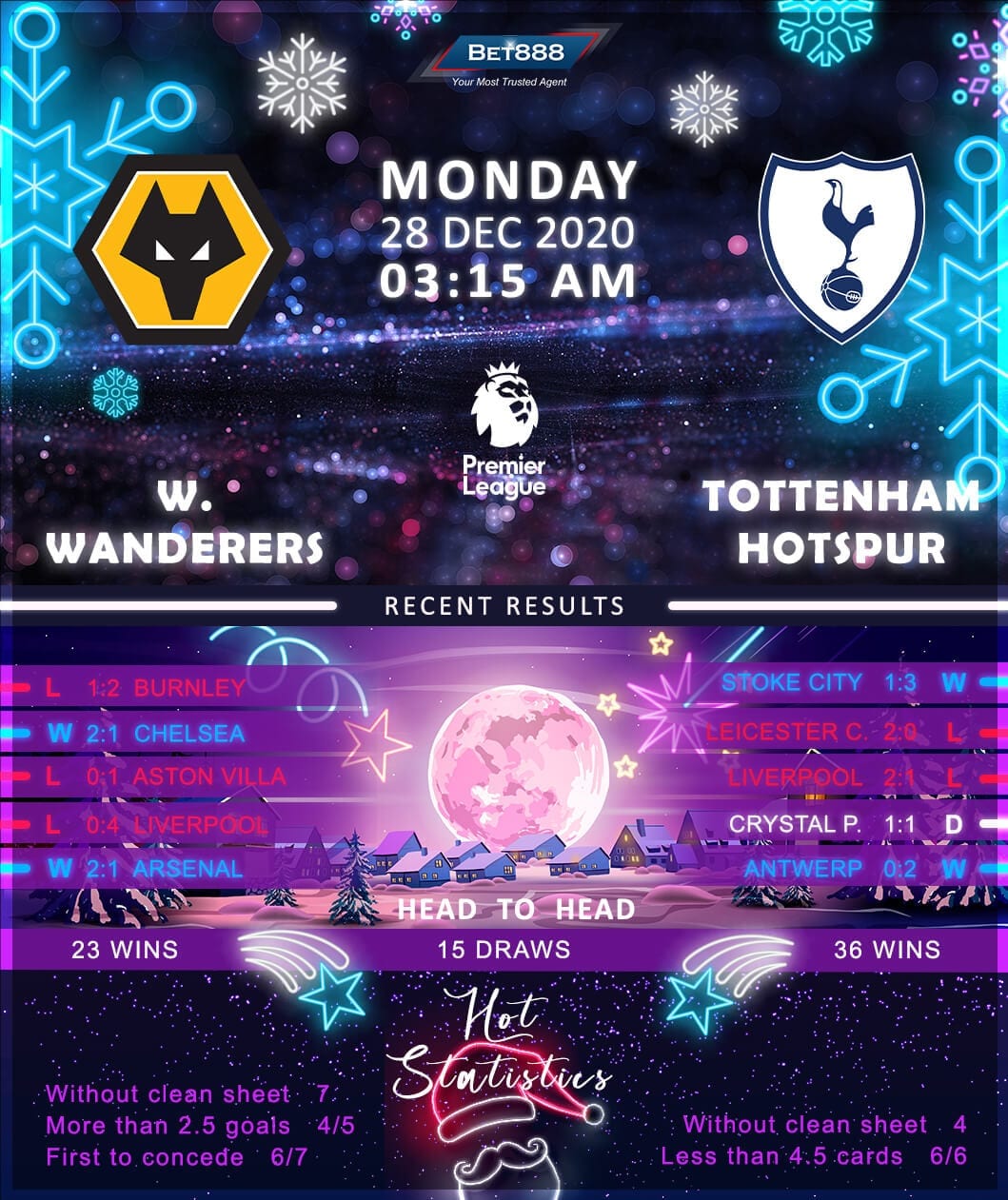