Sanfrecce Hiroshima head to the Mitsuzawa Stadium to take on Yokohama Marinos in an exciting YBC Levain Cup fixture.

Ado Onaiwu’s strike against Vegalta Sendai in the Group D curtain-raiser propelled Yokohama to the top of the section and simultaneously kick-started their five-match unbeaten run in all competitions (W4, D1). Notably, the ‘Marinos’ found the opener within 20 minutes in three of those five fixtures, going on to net exactly three goals on three occasions. Furthermore, they have scored precisely three goals in each of their last three competitive H2Hs held at this venue, with seven (75%) of their nine strikes in that stretch coming in the second half of play. The hosts boast an almost perfect competitive record at home this calendar year (W3, D1), registering a shutout in each victory. But lack of concentration in the early stages has seen all three of their goals conceded at home this season come before half-time.

Meanwhile, Hiroshima played out a dismal goalless draw with Shimizu at home in their group opener, which was the only time they had failed to score in a competitive fixture this calendar year. Indeed, the visitors are yet to taste defeat in any competition since the calendar flipped to 2021 (W3, D4). Five of their seven games in that spread of matches saw both teams on the scoresheet, with Hiroshima netting the opening goal (if any) five times in the process. Topically, eight of their last nine competitive trips to Yokohama have witnessed both sides score, with all but one featuring over 2.5 FT goals. Despite their recent scoring problems, the ‘Sanfre’ will be confident of finding the net here, having penetrated Yokohama’s defense in three consecutive H2Hs in all competitions. 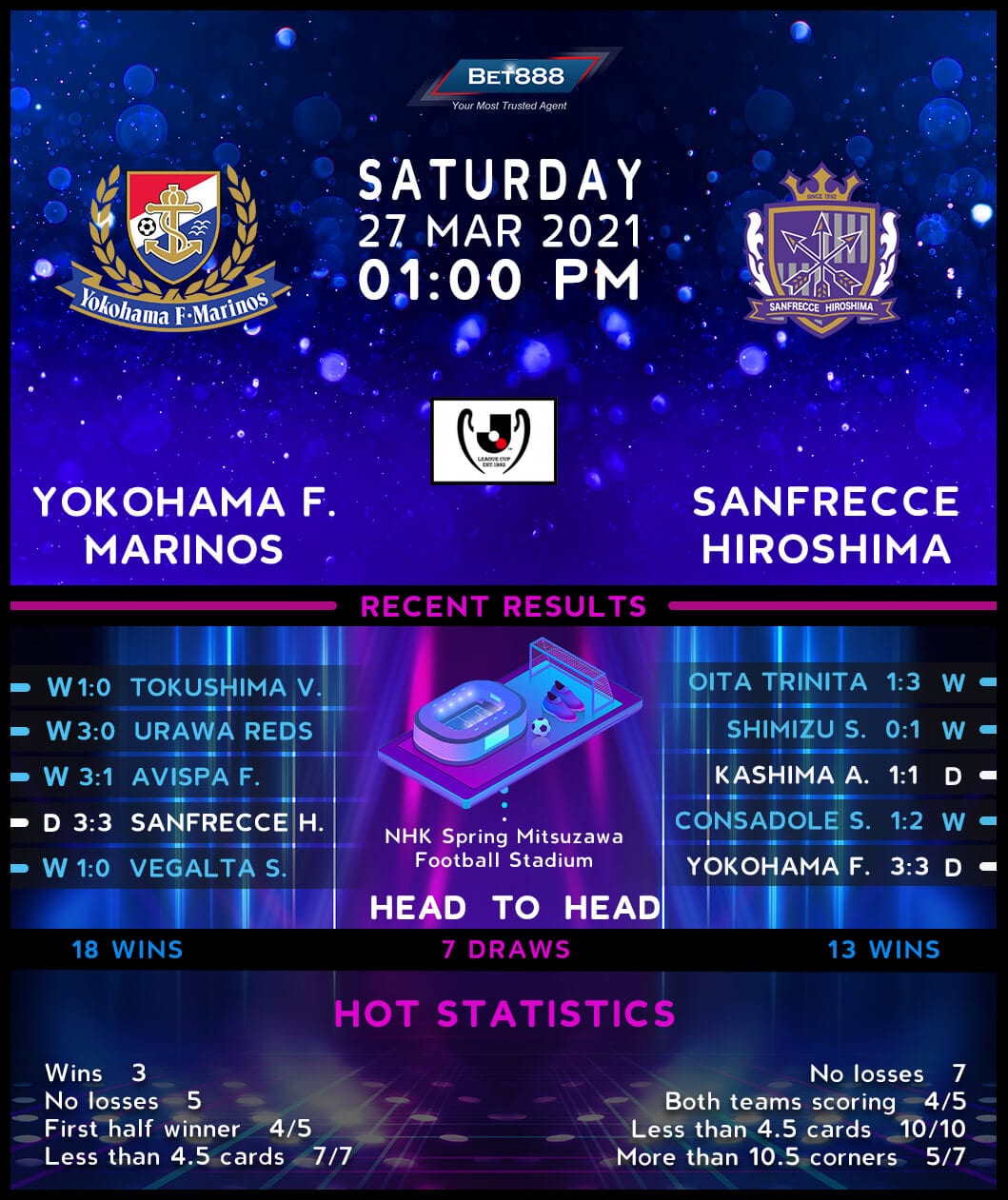