Ajax are on the verge of advancing to the UEFA Europa League quarter-finals as they carry a 3-0 lead over Young Boys ahead of the return leg at the Stadion Wankdorf.

Young Boys qualified for the Europa League knock-out stages as Group A runners-up, winning three of their six group-stage matches (D1, L2), four of which featured over 2.5 total goals. The reigning Swiss champions made light work of their last-32 tie against Bundesliga powerhouse Bayer Leverkusen, winning both legs (4-3 H, 2-0 A), meaning they have netted 2+ goals in 55.56% of their Europa League games this season. However, they need to score at least three goals to stand a chance of securing a quarter-finals berth, which is a daunting task knowing they only produced one shot on target in the first leg. Interestingly, just one of Young Boys’ seven UEFA European meetings with Dutch clubs has ended in a draw (W2, L4), with five of those results (win/loss) seeing the victor keep a clean sheet.

Meanwhile, Ajax won both legs of their Europa League last-16 tie against Lille by the identical 2-1 scoreline upon their switch from the UEFA Champions League. A 3-0 first-leg triumph at the Johan Cruijff Arena saw the ‘Lancers’ improve their overall UEFA record against Swiss clubs (W11, D2, L2) and maintain their 100% win-rate against Young Boys (3/3). But before beating Lille in France, Erik ten Hag’s men had suffered four consecutive away defeats in the Europa League knock-out stages, last winning two such fixtures in a row in 2009. The Eredivisie giants are overwhelming favorites to claim a place in the Europa League quarter-finals, given once has a side managed to overturn a three-goal deficit from the first leg in the competition history. Adding to their confidence, they have won all but one of their nine away competitive games since the calendar flipped to 2021 (D1). 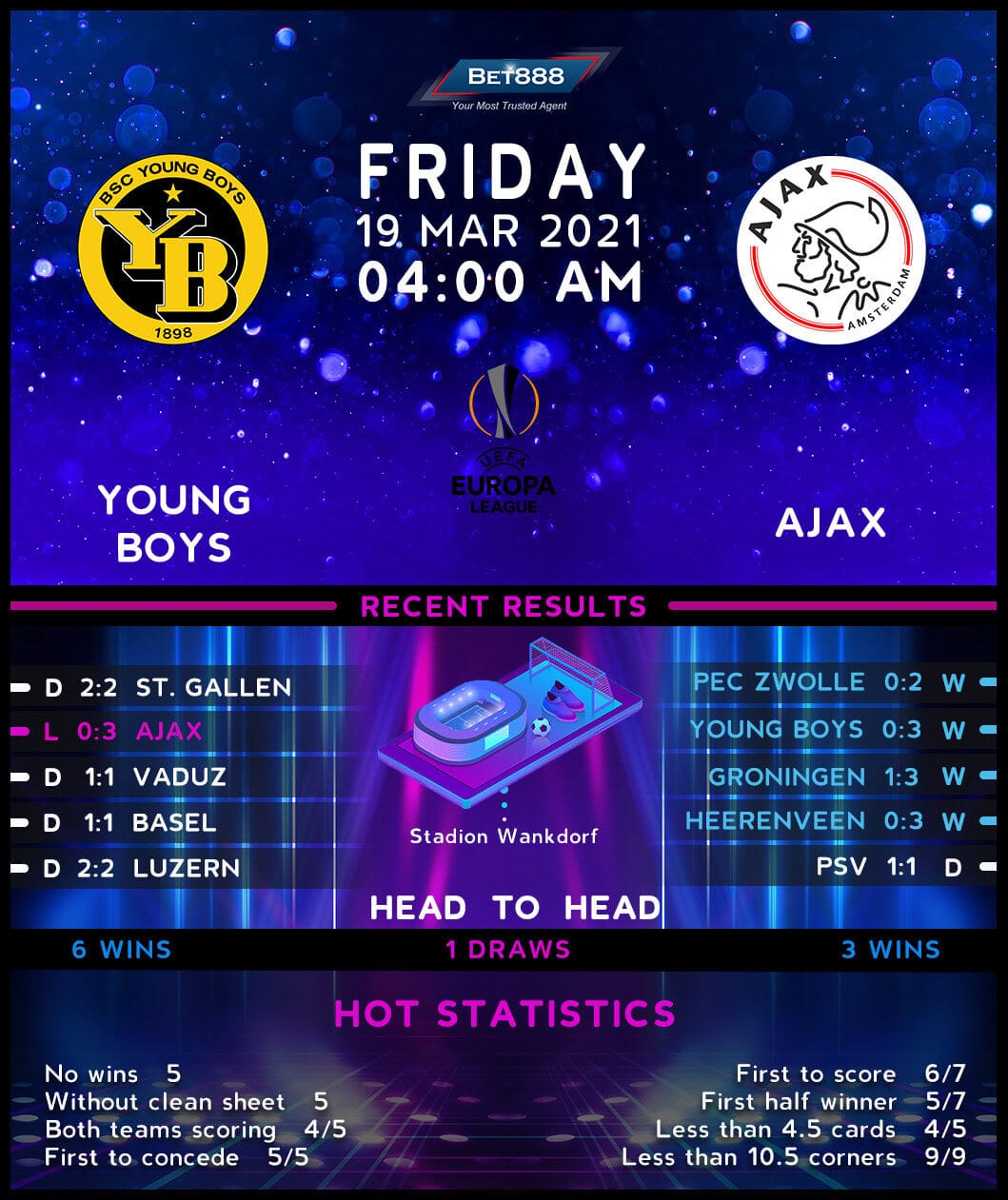