Stadion Wankdorf is the venue, as Young Boys and Bayer Leverkusen meet in the first leg of their UEFA Europa League last-32 tie. It will be the first European showdown between these two sides.

It’s been one hell of a start to the new calendar year for Young Boys, as they’ve won all but one of their seven competitive outings since the calendar flipped to 2021 (D1). In the Europa League alone, the Swiss giants finished runners-up to Roma in Group A after winning three of their last four group-stage fixtures (L1). However, Young Boys have lost each of their previous five knock-out ties in major UEFA European competitions. Worryingly, they’ve only picked up one victory in their last ten European meetings with German teams (D3, L6), conceding over 1.5 goals per match seven times in the process. Adding to this sentiment, the last time Gerardo Seoane’s men faced Bundesliga opposition saw them bow out to Borussia Monchengladbach 7-2 on aggregate in the 2016/17 UEFA Champions League qualifying play-offs.

Meanwhile, Bayer Leverkusen have shown unparalleled strength throughout this Europa League campaign. Peter Bosz’s men did not only finish top of Group C with a record of five wins and a loss, but they’ve scored more goals (21) than any other side in the competition so far. Remarkably, they’ve netted 3+ goals in each of their last four Europa League outings, bagging precisely four per match on three occasions in that run. A victory here would see Leverkusen muster five consecutive wins in major European competitions for the first time in the 21st century. Although ‘Die Wekself’ boast a decent overall record against Swiss clubs (W3, D1, L1), their last trip to Switzerland resulted in a 3-2 loss at the hands of Zurich back in 2018/19 Europa League group stage. 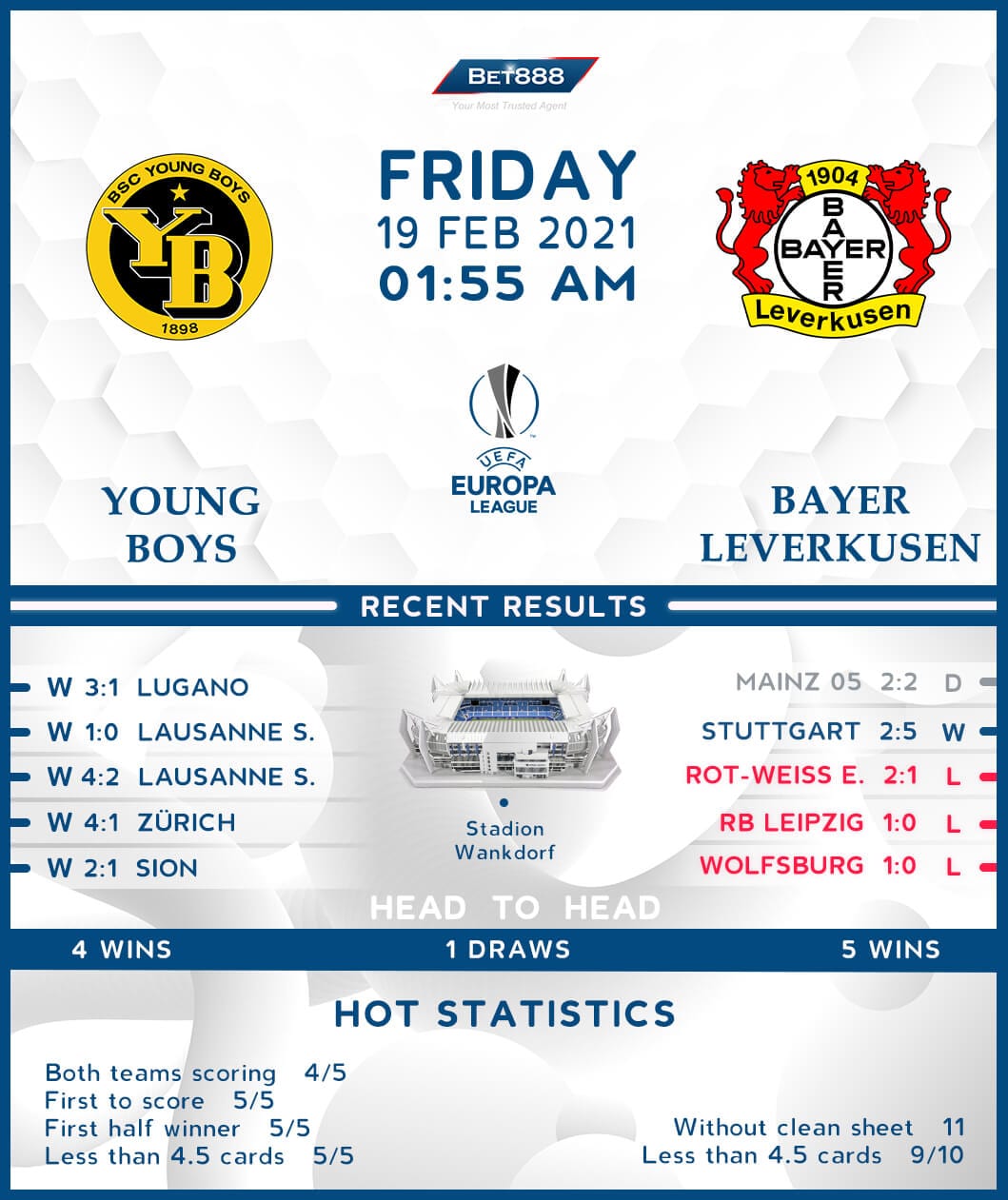