Stadion Wankdorf is the venue as Young Boys and Manchester United have the co-honor of raising the curtain on the 2021/22 UEFA Champions League group stage.

Young Boys’ second-ever appearance in the Champions League group stage again pits them against Manchester United, the side that defeated them in both previous meetings in the competition by an aggregate score of 4-0. The perennial Swiss holders can find some confidence from winning their three home Champions League qualifying matches, netting exactly three goals on each occasion. However, they failed to keep a clean sheet in each of those three games, which could raise some concerns here. Head coach Daniel Wagner will make his managerial debut in Europe’s most prestigious club competition against a side he has lost to in three of his four encounters as Huddersfield Town manager (W1). Adding to a sizeable list of problems, Young Boys’ overall European record against Premier League adversaries reads negatively (W1, D1, L6).

On the other hand, Manchester United will be looking to replicate last season’s impressive Champions League start (W2). But that may not necessarily be a good omen, considering the ‘Red Devils’ failed to make it out of the group stage in 2020/21. A spring switch to the Europa League knock-outs saw Ole Gunnar Solskjaer’s side reach the competition’s grand final only to succumb to a penalty shoot-out reverse to Villarreal. Yet, the Premier League giants have won 50% of their UEFA-sanctioned matches against Swiss clubs (W4, D2, L2). Led by the all-time Champions League top-scorer Cristiano Ronaldo, Man United are overwhelming favorites to help Solskjaer improve his disappointing managerial record in the competition (W4, L6). Indeed, they have lost more Champions League games under the Norwegian boss than under Louis van Gaal and Jose Mourinho combined (W10, D4, L6). 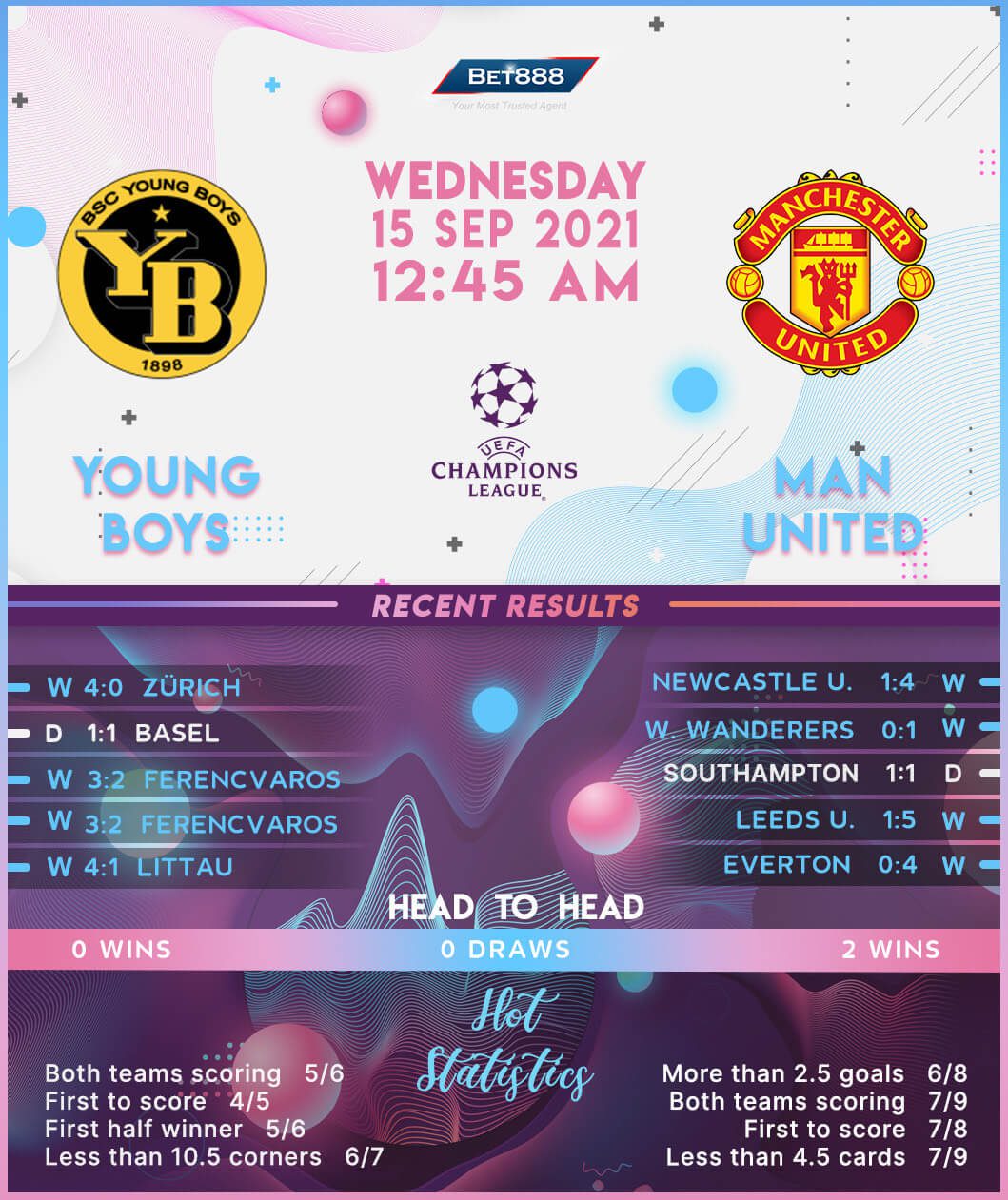