Zenit St Petersburg and Borussia Dortmund go head-to-head at the Gazprom Arena in the ultimate game of the UEFA Champions League group stage.

It’s been an utterly disappointing Champions League campaign for Zenit, who will finish bottom of Group F regardless of the outcome of this clash. Indeed, except for a 1-1 home draw with Lazio on Matchday 3, the hosts have lost each of their remaining four group-stage matches, conceding over 1.5 goals on each occasion. Additionally, the ‘Lions’ have suffered three defeats in as many home clashes against German visitors in the Champions League. It gets worse, considering they have picked up only one win in their final group-stage fixture in their last seven Champions League campaigns (D1, L5). Curiously, each of their six previous competitive home games has seen both teams score, with five producing over 2.5 goals (W3, D1, L2).

A 1-1 home draw with Lazio on Matchday 5 propelled Borussia Dortmund to the Champions League knock-out stage with a game to spare, as they’ve gone unbeaten in four games in Group F since losing 3-1 to the Italian side in the group-stage curtain-raiser (W3, D1). Each of Dortmund’s three victories in the group phase has yielded a clean sheet, including a 2-0 win over Zenit in the reverse fixture. What’s more, Lucien Favre’s men have won their final group-stage fixture in both of their last Champions League campaigns. ‘Die Borussen’ have accrued a win and loss in their only previous European trips to Russia, though they will be looking to post back-to-back away triumphs in the Champions League for the first time since October 2016. 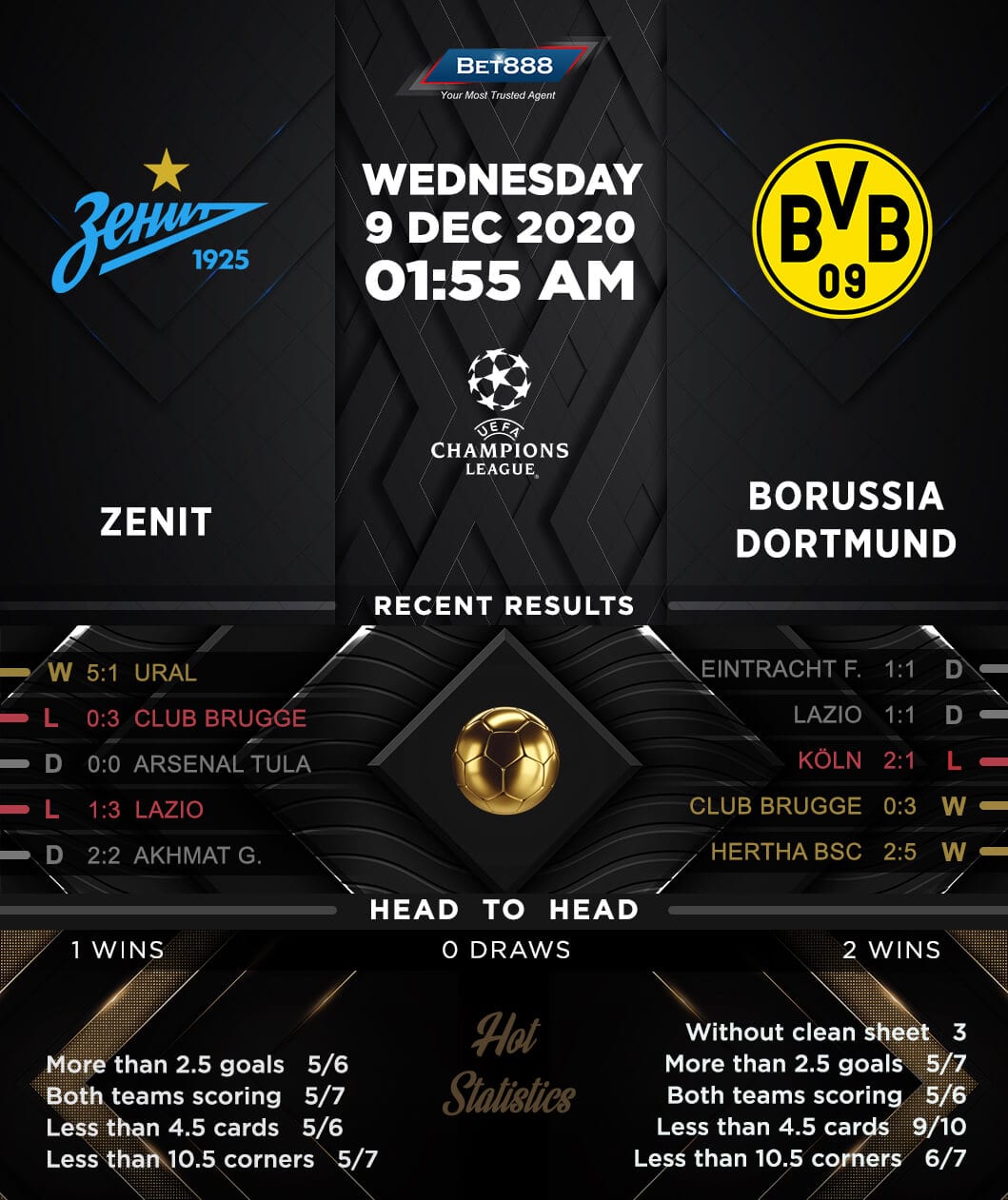